We don’t know each other, but we have something in common: a former relationship with Scientology. Only I didn’t grow up at its centre, then in East Grinstead, Sussex, the way you did. I got in when I was 18.
I read your piece Storms and how they start, and I get that Jonathan Ross is your friend. That isn’t a problem for me. What is a problem? Is failure to understand that your friend was always a problematic choice for hosting the Hugos, which I will get to.
One of the problems of the culture of Scientology is that you’re not supposed to talk about things that other people do to upset you, lest you yourself get told to get to Ethics and write up everything you’ve done. Or, worse, have to pay for a bunch of sessions to “handle” the whole thing. It takes the stiff upper lip thing to the next level, so it’s hard to hear a bunch of complaints and realize there is legitimacy to them.
Your dad was one of the most problematic people in Scientology. He ordered false information put in US security agency computers. He was involved, though not to the point of being an unindicted co-conspirator, in Operation Snow White, the largest civilian intrusion into US government systems to date. He took over for Jane Kember after she was convicted. Your dad, as Public Relations official for the Scientology’s Guardian’s Office Worldwide, was involved in cleaning up L. Ron Hubbard’s PR disasters, such as the chain locker abuses on the ships, particularly the incidents involving children. One disaster was throwing Mary Sue Hubbard under the bus after she was convicted in Operation Snow White. (She arguably got the best treatment by Hubbard of any of his wives.)
But still—David Gaiman was your dad.
Before we go further, I’d like to say: thank you for being a better person than he was, speaking as someone who was harassed by techniques your dad took a hand in developing.
However, better is relative here. I think the statement you made about your affiliation with Scientology (“As a child, I suppose I was as much a Scientologist as I was Jewish, which is to say it was the family religion. Am I now? No.”) was disingenuous given that a) you married a Scientologist before (not Amanda, obviously) and b) non-Scientologists don’t fork over $35,000 for obscure religious level contributions of benefit only to long-standing Scientologists. Sure, I believe you’re not a Scientologist now.
Still, that conditioning is hard to break. Hubbard and David Gaiman, among others, developed strategies specifically for silencing critics. So I can’t help but wonder if there’s a part of you still stuck in the “what are your crimes?” victim-blaming of critics that your father perfected.
Given that kind of a background, I can understand why you might have overlooked why Jonathan Ross was a problematic choice.
The best explanation I’ve read is Patton Oswalt’s post about rape jokes:

In fact, every viewpoint I’ve read on this, especially from feminists, is simply asking to kick upward, to think twice about who is the target of the punchline, and make sure it isn’t the victim.

Now, with that in mind, let’s look at these ten moments of Jonathan Ross’s. I’ll pick three.

What the people tweeting didn’t like? They didn’t want a Hugo announcer to kick downward. They had a reasonable fear that he would.
Look, I get that comedians tend to go too far. It’s how they find out where the edges are. But as a culture, SF/F fandom is still trying to cope with how to stop kicking downward. For that reason, Ross was simply the wrong choice. Oswalt again:

What I’d like, Neil, is for you to consider one thing: maybe the people who objected to Ross had a valid point. And maybe you just didn’t see that point while reeling at the backlash.
It’s not too late to look again in a new unit of time.

Best related work: Fic by Anne Jamison, a history of fanfiction.
Best fan artist: Randall Munroe. Last cartoon of the year is 1311 and first of 2013 was 1155 (thank you @xkcdfeed). Three of note: 1158 (it’s all about physics), 1167 (Star Trek Into Darkness), 1177 (Time Robot). For those who feel he isn’t eligible, he was ruled eligible in 2011 and the rules have not changed. Further discussion here.
Best dramatic presentation, short form: Flying Tiare by Matthieu Courtois and Ludovic Allain. Made as a fan film for the airline’s 15th birthday, it’s a real look at the technology and work of commercial flying. The really cool part, though, is seeing someone go up into the jet engine and get to see the (running) engine from the inside.

I’d already posted a recommendation for: Short story: “The Slow Winter” by James Mickens, so just a reminder.

The 2014 Cambellian Anthology is out! It features 860,000 words (eight-ish novels in size) from 111 different writers who are eligible for the Campbell award this year. Totally, completely free.
I want to offer my immense gratitude to Stupefying Stories for this. More than any other single award, I try to be well-read for the Campbell, and it used to be a real chore before Writertopia started keeping the eligibility list. Stupefying Stories took it to the next level with the clever idea to have an annual anthology.
Also, immense gratitude (and props) to the authors and publishers who’ve permitted their work to be included.
Special shout-out for Brooke Bolander, who is one of the eligible.

Best dramatic presentation, long form: Sharknado. As billed. Loved it, and I’m not normally up for this kind of thing. Definitely smarter than it had to be.

Yes, I’m recommending a technical paper written by a Microsoft researcher for a Hugo Award for Best Short Story.
Wait.
Come back.
There is a narrative in there….about the 2nd person narrator, son John, and the generational differences in chip design between the two of them.

As a child in 1977, John had met Gordon Moore; Gordon had pulled a quarter from behind John’s ear and then proclaimed that he would pull twice as many quarters from John’s ear every 18 months. Moore, of course, was an incorrigible liar and tormentor of youths, and he never pulled another quarter from John’s ear again, having immediately fled the scene while yelling that Hong Kong will always be a British territory, and nobody will ever pay $8 for a Mocha Frappuccino, and a variety of other things that seemed like universal laws to people at the time, but were actually just arbitrary nouns and adjectives that Moore had scrawled on a napkin earlier that morning.

John learned about the rumored Intel Septium chip, a chip whose prototype had been turned on exactly once, and which had leaked so much voltage that it had transformed into a young Linda Blair and demanded an exorcism before it embarked on a series of poor career moves that culminated in an inevitable spokesperson role for PETA.

He would then throw a coffee cup at the speaker and say that adding new hardware features would require each processor to be connected to a dedicated coal plant in West Virginia. John’s coworkers eventually understood his wisdom, and their need to wear coffee-resistant indoor ponchos lessened with time.

Those of you who haven’t been paying attention may not have known about the recent uproar about the the semi-prozine Hugo category.
Essentially, for many years, the nominee list had become so stagnant that the sentiment among many SMOFs was to do away with the category entirely.
In 2009, Weird Tales won the Hugo in the category. In 2010, Clarkesworld won. These two wins were the second and third wins for fiction ‘zines ever in this category. Some saw new winners and nominees as signs of life in the semi-prozine category. Rather than axe the category entirely, a committee studied the issue and made a proposed constitutional amendment, which was voted on Friday.
One SMOF I spoke with before said vote occurred wasn’t convinced there were enough eligible ‘zines to warrant a category. I hauled out my iPad, fired up Safari, and performed a search on Duotrope: 126 markets (including those currently temporarily closed to submissions) paying semi-pro rates for science fiction alone. 74 markets if you exclude those temporarily closed. This convinced the SMOF that there were valid entries for even the narrower category.
Now, granted, not all of them may qualify under the other rule constraints (e.g., frequency of publication), and it’s also true that even “for the love” markets that offer token payment will qualify payment-wise under the proposed Hugo rules.
The changes in the constitution voted on Friday (which will need to be ratified next year) would mean that four out of the five nominees this year — all but Interzone — would be ineligible after next year.
What does that mean for the average sf/f writer, though?
With all the heavyweights out of the semi-pro weight class, there will be a lot more room for a lot of great ‘zines that have been overlooked in this category. Sure, we’ll still have some glossy ‘zines like the New York Review of Science Fiction, but the semi-pros will no longer be competing against Locus.
The secondary effect of this is that there will be more recognition of some very good semi-pro markets, and this may lead to more recognition of the writers submitting to them, too. Of course, there’s room for more non-fiction ‘zines, too. 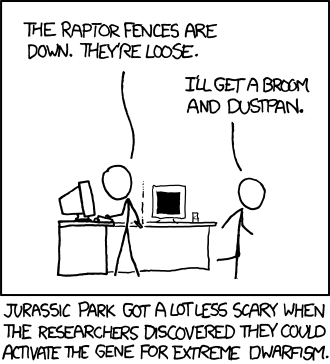