How I Discovered My Coconut Allergy 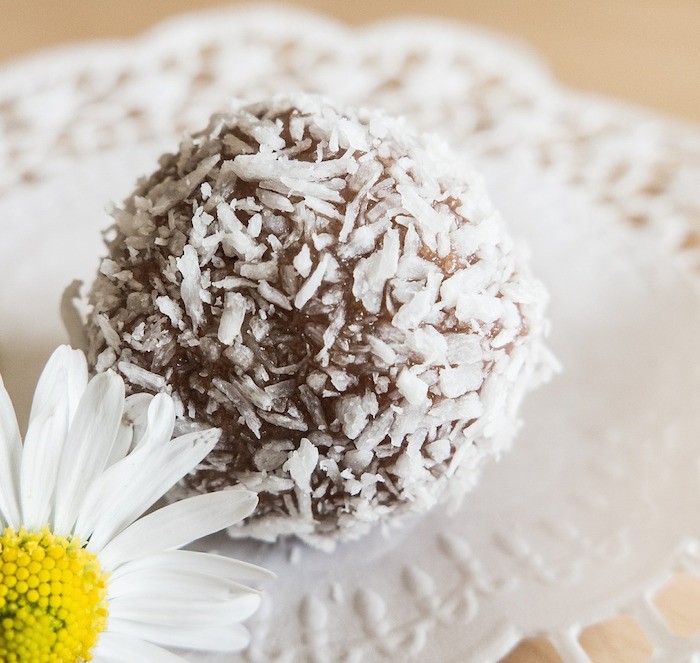 It started innocently enough. My dad and I used to go out to see new science fiction and fantasy movies on release night. The same day we went to go see Ralph Bakshi’s Wizards, I received a sample of a new shampoo in the mail.
I washed my hair…and spent most of the movie sneezing. I’d become allergic to shampoo. I’d remain in denial about this for quite a few years. As you do.
I can’t remember what my brand of choice was at the time—probably Breck—but I soon discovered that I’d become allergic to any shampoo before I finished the bottle. Worse, it was beginning to get more and more difficult to find new kinds of shampoo.

Ever Really Studied a Shampoo Label?

Yeah, neither had I, at least not before. After checking three I’d recently become allergic to and seeing no obvious ingredients in common, I just figured it was something I had to suffer with.
One day, when I was more flush with cash and in an experimental mindset, I started rotating shampoos. Around about this time, I also discovered that rinsing alone would help reduce the number of times I needed to shampoo, and thus make a bottle last that much longer. Somehow, there did seem to be a frequency-of-use component to developing an allergy to a specific shampoo.
Even after not using a shampoo for one, five, ten years—I’d still be allergic. I loved phrases like “New and Improved,” though, because sometimes they meant a new enough formulation that it was new to my immune system, too.
Some shampoos I was allergic to on first use, though I could usually tell those by smelling them in the store. And yes, I was one of those people, and I hope you understand why.
Worse, once I was allergic to one bottle from a given line, it was generally true that I couldn’t use a different scent in the same line.

Then I Married a Soap Chemist

My first husband, Richard, had been a soap chemist at Lever Bros, and asked me about my fixation on a large array of shampoo products. He didn’t particularly care about the cast-offs—more for him, after all—but it sounded like a challenge to him. We went through the store one day, and I told him all the brands I’d tried. (I’d in fact tried many more than were stocked in Northeastern Vermont.)
He started writing down ingredients and comparing them, and he was fascinated by all the sulfates (e.g., sodium laureth sulfate). “These are pretty harsh,” he said. I believe he said they were lathering agents, but he’s now dead, so I can’t exactly ask him about it.
We started looking for shampoos that contained none of the sulfates, and all I could find at first was a pet shampoo. It left my hair blah looking, but I was able to finish the bottle without developing an allergy. Hooray! I just…was too embarrassed to admit what kind of shampoo I’d been using.
Eventually, I discovered that a lot of the organic groceries stocked sulfate free shampoos, so I’d occasionally find a bottle here and there, and use those. These days, Trader Joe’s, Burt’s Bees, and many other places have sulfate-free shampoos. Yay!

But That’s Only Half the Coconut Story

About the time Richard died, I’d been on an elimination diet, suspecting gluten issues. I discovered that I had major problems with gluten. (I’ve never received a formal celiac diagnosis, but it’s presumed. There are long-standing reasons for this, and getting a formal diagnosis is complicated once you’ve been gluten-free for a long time.)
I’d never really bonded with Indian or Thai food. Part of it is the fact that I don’t like all the spices, but part of it is that I’ve just felt sick after eating it. Or ill. Or sometimes both. I kept assuming that the restaurants I was visiting were simply lying about the contents and I was getting secretly glutened.
Then a new book about Indian cooking came out, called Five Spices. One of the recipes was printed in the paper, and Rick cooked it. Indian food I liked that didn’t make me sick! It was a revelation.

I happened to be talking to someone about my shampoo allergy one day, and she said, “Oh, you’re allergic to the coconut-based ingredients.”
Ding!
I started paying more attention to what kinds of Indian and Thai food made me sick, and it pretty much all involved coconut in some form (e.g., curry).
See, one of the problems of coconut (any food ingredient, really): just because it tastes like coconut doesn’t mean it actually contains coconut. Inversely, just because it doesn’t taste like coconut doesn’t mean you can safely eat it. So it can be really hard to learn from good/bad food interactions what the problem ingredients actually are.
And, until someone shed light on the problem, I’d never assumed my shampoo allergy had anything to do with a dietary problem. Strange, I know, especially given I knew people who had both contact allergies and dietary allergies to various ingredients.
A few years ago, I went to an Indian place in Liverpool (in the UK), and was able to safely navigate the waters of an Indian restaurant menu. Progress!

Sometimes, I forget to ask questions, like when we went out recently for vegan with friends, and I forgot to ask what the base for the ice cream was. (Fortunately, that tasted like coconut, and I didn’t get sick because I caught it right away.)
There are a lot of great sulfate-free shampoos out there, too, so that’s less of a problem.
On the other hand, when I saw all the signs in Maui for food trucks with “ice cold coconut,” it made me sad that I couldn’t have one of my very own.

After I posted this, this page linked to my tweet announcing the post. If only I’d had that page in 1994-1995. Sigh.
It does tell me there are some medications I should probably avoid, and one of them is a common cough syrup ingredient. 🙁
And here’s a great blog from another person with a coconut allergy.