When I migrated my site, one of the things I very carefully generated—and forgot to put in the right place—were the redirects. Before, I’d used the WordPress common default of year-month-day-title, which, for a blog that’s been as inactive as this one has been, is frankly hilarious.

Instead, the new site just uses year-title, which suits the frequency of this blog better. However, it meant generating an enormous series of 301 redirects to route the requests at the old location to the new location, which I wrote code to do.

Then I forgot to add that last bit where it got copied into .htaccess.

Still more to do, but at least that oops is fixed.

Website migration. Some years ago, WordPress started changing its format to their GUI editor, which I hated. And then I discovered that WordPress claimed to store Markdown (plain text) files, but actually they were absolutely not even remotely plain Markdown.

Because of these issues, I didn’t want to add to an already large blog problem by making it bigger. So I stopped blogging altogether.

Coronavirus playlist of songs from my Apple Music library that are among my favorites, in no particular order except for the first song. I love the social distancing and, of course, the two goofballs (Ringo Starr and Harry Nilsson) in the video.

In 2014, I signed up as an artist with Zazzle. Now, don’t get me wrong, I’ve never really put in a lot of elbow grease onto that site as I vastly prefer Redbubble and Society6.

One of Zazzle’s terms is that they won’t pay royalties if the amount’s under $50. New rule: if a company accepts orders for smaller than they will pay in royalties, they are looking to make bank off the artists, not their customers.

I know a lot of you know I love my volcanoes, though I don’t love the human trauma they cause. Lately, I’ve been watching the developments in Fissure 8, which first took over half of Leilani Estates and then pressed onward to the sea, taking out several hundred more homes in the process.

EC for Books: May Update

Ellora’s Cave has rebranded as EC for Books, so I’ll be using that in my headers from now on. I will keep the header graphic as it was, though. I’m torn about the rebranding for two reasons: often, a rebranding for a troubled company signals a new direction that only hastens its demise, especially in the tech world. On the flipside, the Ellora Caves are a sacred site in India, and it would be nice to let them have their google-fu back.

Some Quick Facts About Transgender People

Recently, the US government sued North Carolina over HB2, the restroom bill. I found that the section that describes transgender people remarkably enlightened, and included things that I hadn’t known until entirely too recently. Thus, I’ve included paragraphs 30-42 from the court filing here. (Link to original document.)

I have two panels at BayCon this year, which will be held from May 27-30 at the San Mateo Marriott San Francisco Airport (this is a change of hotel from the previous years). 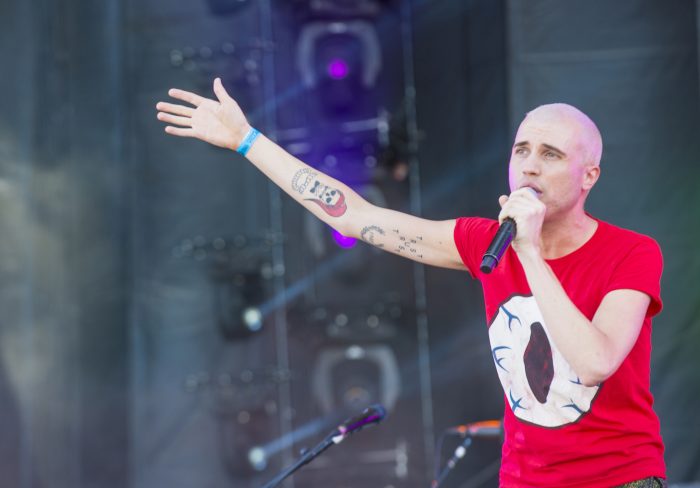 ](/images/2016/04/tyler-glenn-neon-trees-kobbydagan.jpg)Tyler Glenn of Neon Trees performs on stage at the 2014 iHeartRadio Music Festival Village on September 20 in Las Vegas. Photo © 2014 by kobbydagan and used under license.

I’ve heard a few things lately about book covers and stock photos that have been bothering me. First, let’s go into a primer of how stock photos work with regard to book covers.

How Stock Photography Works from the Photographer’s Perspective

When a photographer takes photo sessions of a model (or a landscape), they add keywords to each photo they wish to sell. A given photographer may have relationships with as many as 15 or 20 different stock photo agencies, but not all photos may be uploaded to all agencies. Each agency has different audiences and different plans.