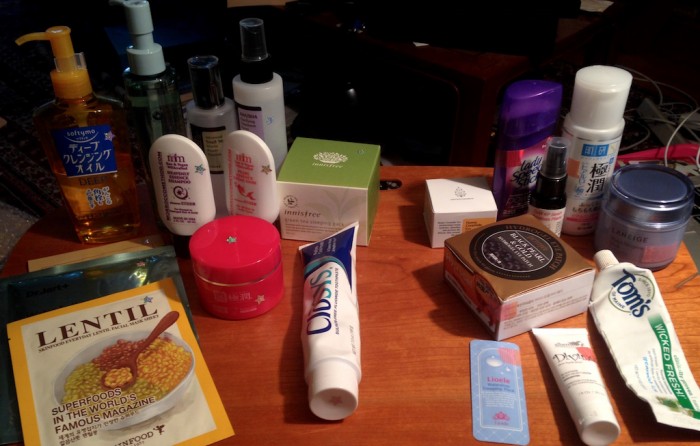 For many years, I’ve struggled with a coconut-free existence without really being aware coconut itself was the issue. Over the years, I’ve felt sad for people who’ve had to live both gluten-free and corn-free, as that’s quite difficult. However, it may actually be more difficult to avoid coconut in our modern age.
Part of that’s the fault of people like my first husband, so funny story down at the end.
Coconut’s in:

Now, I’ve eliminated all the coconut ingredients that I knew bothered me over the years. However, coconut’s in so many, many things that I had no idea for sure if I wasn’t generally feeling worse because of additive exposure. I have a friend who was miserable for two years and got so sick she consulted a cardiologist before it was figured out she was allergic to wheat. I don’t want to be that person because I was being silly.

The Great September Experiment (and the Red Washi Tape of Doom)

I decided, naturally after I’d just ordered some items with coconut (grin), that September was a great time for me to run an experiment: no coconut internally or externally. If I feel better, then I have to eliminate all coconut. I’ve kept track of how I’ve felt during August. If I consider September insufficiently conclusive, then my plan is to extend the experiment through October. At that point, I’ll know whether I can start re-introducing coconut ingredients or not.
If I can, then my plan is to introduce one specific coconut ingredient at a time. Like: Stearic Acid for two weeks (that will probably actually be first because I love Wintergreen Life Savers and they have Stearic Acid in them, as do many hard candies).
I know how I get when I’m tired: I forget things, and make some stupid mistakes. I’m often showering or washing my face at the beginning or ending of my day when I’m at my worst. So, I thought, a simple trip to Staples and less than five bucks should help solve this problem.
To mark the no-coconut things, I got small holographic stars. To mark the coconut things, I got red washi tape. (Not all things in the pic below have been marked yet, and not everything’s turned so you can see the star or tape.)

Here are the ones I’ve used (except where otherwise noted):

Most commercial toothpastes have sodium laurel/eth sulfate, which is coconut derived. Even if you’re not avoiding coconut, if you get canker sores, these are correlated with SLS, so you might want to try some SLS-free toothpaste.
I know of two without coconut ingredients that have fluoride: Closys (shown above) and Tom’s of Maine Clean & Easy Gentle Care.

Many of these have some coconut ingredients. I’ve been using the Mennen stick ones for years, and the non-gel ones all have coconut where the gel ones don’t. However, when I happened to be in a small pharmacy in Oregon, they didn’t have the gel ones, so I picked up an Old Spice stick instead.

Shampoo is the problem child. I’m convinced that shampoo uses higher amounts of (coconut-derived) surfactants, but I haven’t performed the experiment yet.
The only shampoo I know of that’s shampoo like and coconut-free is from Gabriel Cosmetics: 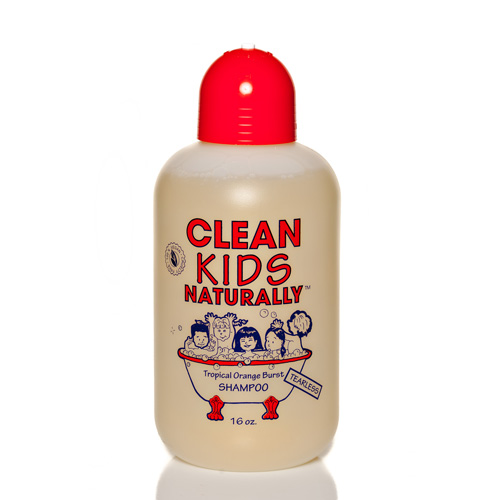 I just got a bottle and it’s nice. Not super lathery, but that’s to be expected. The detangler and hand soap are also coconut free, as is the bath foam. Gabriel Cosmetics is carried by most health food stores that stock personal care, and Whole Foods. If they don’t stock it, as my local store doesn’t, they can probably order it for you.
A number of lines designed for the anti-shampoo movement (no-poo, low-poo, or co-washing) are coconut free. Four of the five shampoos from Morocco Method are coconut free (the exception being the Earth Essence). I’ve only tried a sample of the Heavenly Essence. The Floating Lotus Conditioner and Pearl Essence Creme Rinse are also coconut-free.

A Funny Story and a Book Coming Out

I mentioned in my How I Discovered My Coconut Allergy post, my first husband, Richard Savino, was a soap chemist for Lever Bros (which was what the US division of Unilever was still called until the 90s).
So when I got the shampoo, I obviously couldn’t talk to my late husband about it, so I wrote his ex-wife, Beth Kanell, who also was a chemist and is now a mystery writer. She pointed out that Unilever really got its start with importing palm and coconut oils from afar, investing heavily in overseas plantations. In 1930, British soapmaker Lever Brothers merged with Dutch margarine maker Margarine Unie to form Unilever. The merger made sense because importing palm oil was easier on a larger scale.
So one of my questions had been how coconut became so entrentched in detergents and personal care products, and there I was married to a chemist who’d previously been making that future a reality.
Beth also mentioned that coming out soon—coincidentally on the day my experiment was planned to start—is James R. Benn’s novel The White Ghost, a historical mystery involving the Pacific theatre of WWII and Unilever machinations.
The Solomon Islands, where the book is set, currently produces in excess of 600 million coconuts a year. Just typing that sentence made me itch all over.

Coconut allergies (and contact dermatitis) are pretty rare. Unless you know you’re reacting to something that’s a coconut ingredient, there’s no specific reason to avoid coconut. However, if you’re one of the unlucky few, I hope this post helps.
For those of you who suspect a coconut allergy, the last time I checked, there were no specific antigens that allergists had where they could actually test for a coconut allergy. Here is a partial list of coconut ingredients.