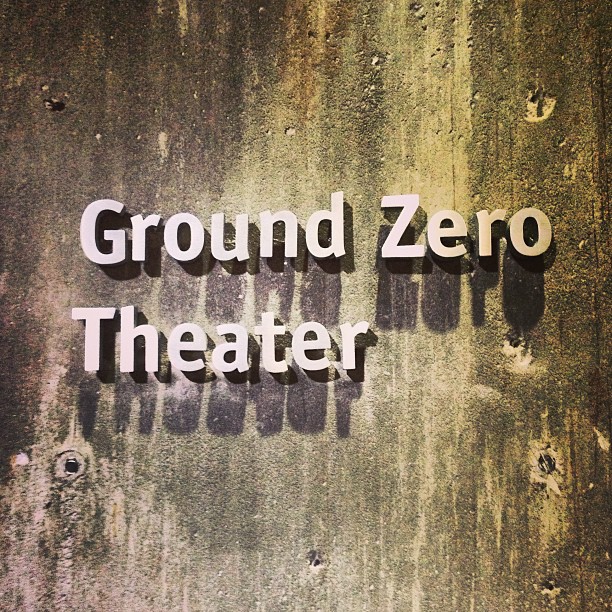 I mostly consider myself an alternative listener, but when I’m writing, I prefer electronica.
The most surreal music moment for me was being driven around in a taxi in Istanbul and hearing the background music for the opening scene for Fairly Legal, Season 2 (Episode 1, Satisfaction). I used SoundHound to find out what tune it was: Yachts (A Man Called Adam Mix) – Hôtel Costes – Etage 3 (Mixed By Stéphane Pompougnac). Tasty bossa nova. You can hear it in the background in this Fairly Legal clip.
Favorite album is sort of related in its own weird way. Ryan Johnson, actor in the above clip, shouted out an album he liked: …Like Clockwork – Queens of the Stone Age. Loved it. I generally listen to people’s music recommendations, and his taste and mine have a fair amount of overlap. I’ve liked Queens of the Stone Age for a long time, they’d just fallen off my radar.
Favorite new song is from the Air Tahiti Nui video below: Daybreak by Overwerk.
“Let me tell you ’bout the funky dolphins.” I was listening to Overwerk’s new album clips on Beatport when I started clicking into random other songs and discovered Pyramyth’s Dolphin Talk. I don’t normally like glitch hop, but this is fun and catchy and actually sounds like it’s using dolphin sounds in there.
For something more typical of my tastes (as I really like trip hop), picked up some back catalog Zero 7 and am really fond of the song In the Waiting Line. This particular song’s slower than I generally prefer and not suited for writing (too much vocal emphasis), but I like it a lot.
One of the songs of the year, for reasons that will become more obvious below, is Moscow Nights by The Red Army Choir, genuine Cold War era classic.

I haven’t watched either as many movies or as much TV as in prior years. I do have five favorites, though:
Gravity – Amazing performance by Sandra Bullock, who remains one of my favorite actors.
Hansel and Gretel: Witch Hunters – Yes I know you were told it’s a terrible movie. It’s not a great movie, but it is great fun. I enjoyed the hell out of it. More than once.
Sharknado – This movie was way smarter than it had to be.
In the short film category, there are two contenders for me this year.
The University of Bath produced this film about the Leidenfrost effect called The Leidenfrost Maze.
Air Tahiti Nui’s video made by Matthieu Courtois and Ludovic Allain has enough of a narrative structure to it that I’d argue it’s Hugo BDP worthy. Inside the turbines with them running? Hardcore.

I read — a fuck of a lot of books. I don’t want to know how many, but it was hundreds. Four in particular stand out.
Lauren Gallagher’s The Princess and the Porn Star is about a rock star trying to hang on to her career with a record label that’s sending mixed messages. One of the reasons I love it so much is that it’s the most “me” book I’ve read this year. I relate to every single one of her fears, which is part of the reason I didn’t pursue rock as my career. (I will actually write that story this coming year.)
Vivi Andrews’s Naughty Karma is one of those hate-to-love books that are hard to pull off, but this one works for me. It’s the capstone book in the series, though. Rarely do I like the final book in the series as much.
Tiffany Reisz’s The Siren is an incredible book, but I was less enamored with the sequels to it. Each was really different from the others, which is fine. The problem for me is that I felt that the subplots in The Mistress (aka book 4) were not really adequately set up in books 1 through 3, so it felt kind of last minute, and one of them was frankly unbelievable. Additionally, the book 4 antagonist is nowhere near as nuanced as the other characters. But: book 1 is extremely well written. What’s really interesting about it is that the out-there sex scenes? Aren’t in the narrative present of the book.
Jay Crownover’s Rule is the book that made me finally get what the New Adult category is about. The titular character isn’t very sympathetic at the opening, but in understandable ways.
Also see my Some Self-Published Love post for more recs.

I didn’t read a lot of short stories this year (apart from ones I read as an editor). ::hangs head in shame:: I either seem to read a lot of shorts or a lot of novels in a given year. I never seem to manage a good balance.
One recommendation: “The Slow Winter” by James Mickens. Link is to my blog post about it from earlier this year.

I want to express my undying love for Jenny Trout’s 50 Shades Recap, which, at points, had me laughing so hard I hurt myself. She calls it a “sporknalysis.” Also, her books, indie published under the pseudonym Abigail Barnette, are really good if they’re your cuppa.
Made a fan site for my favorite actor, Ryan Johnson. Who was flattered. And then, adorkably, bought an iPad. (He knew I was an Apple engineer.)

Tale of a pitch session at a writer’s conference. It turned out well, at least.

You’ve been waiting for this one, I can tell.
In order:

I’ll probably be ready to release something to GitHub in early Feb. It’s something I work on in between other things.
Mostly, I’ve been spending time filling in gaps in what I know.

Last, but by no means least.

The most useful critique is one where the person didn’t like my story, but was articulate enough about why to make me realize it was simply a manifestation of something I’d never realized about my writing. It’s really been making me re-think a lot of my stuck-in-the-drawer work. In several cases, those pieces are easily reworkable. Most will need deeper re-thinking.
Even more interesting, it’s something no one has ever mentioned before.
Fascinating, huh?