Kickstarter: Erasure Is Not Enough 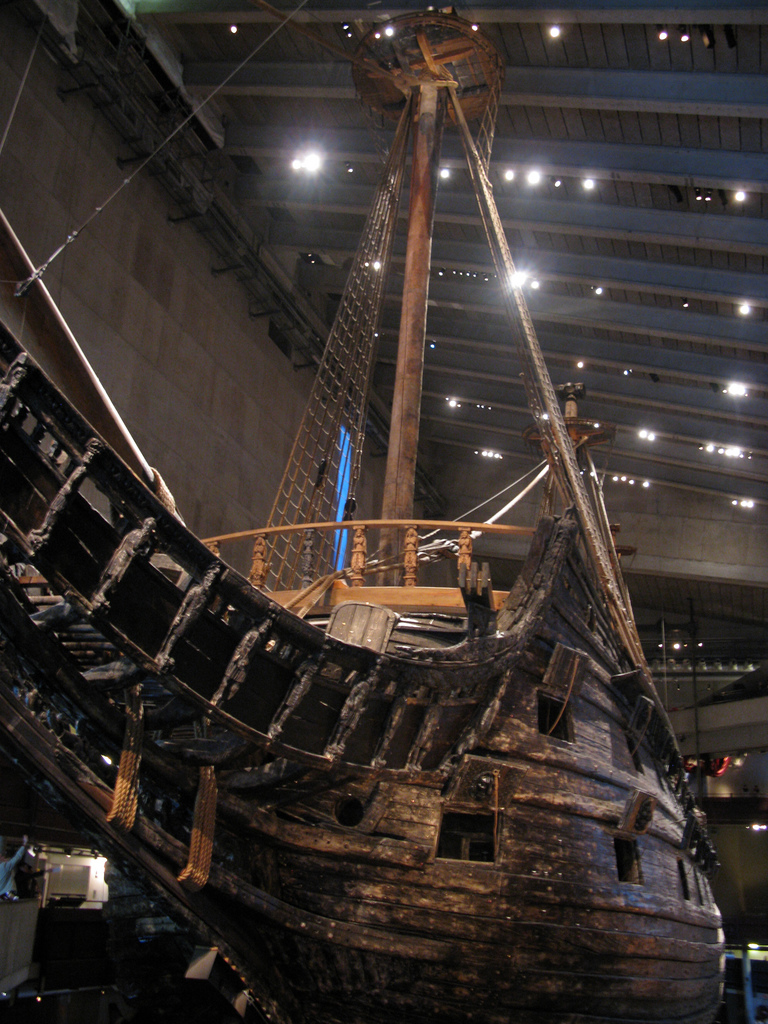 You know what I respect most about Sweden? They had a great engineering disaster. One of the best of all time, frankly.

Did they try to erase it?

No, they built a fucking monument where you can see the order of magnitude of the folly of a bad decision they made in the 17th century. And how people died.

They blinked. Or did they?

My opinion: no. They tried to erase what they did and write a small check, and that will be enough for some people.

I woke up this morning. As I often do first thing, I scrolled through my Twitter client.

The overwhelming reaction from the men on my Twitter feed was that Kickstarter had done enough.

The overwhelming reaction from the women on my Twitter feed was that they had not done enough.

They did not do enough.

So here’s my guess: while we’d like for them to have paused or canceled the campaign while it was still running, they lacked the infrastructure for that to happen.

However, it doesn’t say why they didn’t, say, edit a database table that would change when the Kickstarter campaign ended (effectively giving more time to raise money), add a warning they were investigating and that’s why they’d changed the end time, and given themselves more time to deal with the problem while the campaign was still running.

Brilliant, right? I know. I’m a fucking genius. But I’ve been a DBA in a crisis, and that’s what my first thought would have been, and it was totally within their ability to do. Maybe not within their policy, but within their technological capability.

The big thing there, and it would have been misinterpreted, was that it would have prevented the Kickstarter from being funded while they decided what to do.

Now, on to what they did do.

One of the motes in American character, especially American business character, is to try to erase what one did that was wrong. You’ve already admitted you were wrong, why not own up to all of it? Have the stones to go there.

Instead, they e-mailed the bad decision sub rosa to several blogs saying that the campaign was not a violation of Kickstarter policy, and now they do a big official oops on their page, hoping you will forget that they in fact said the project was okay. Because, of course, they didn’t say it was okay on their official company page.

So let’s not forget this part, okay?

Update, 6:51 p.m. EST: Kickstarter emailed a statement to The Raw Story regarding both the project and the public response:

Kickstarter reviews projects based on our guidelines and the information creators share on their project pages. It’s a process we’ve refined over four years and continue to refine daily. We strive for fair and thoughtful policies that maintain the health of the Kickstarter ecosystem.

This morning, material that a project creator posted on Reddit earlier this year was brought to our and the public’s attention just hours before the project’s deadline. Some of this material is abhorrent and inconsistent with our values as people and as an organization. Based on our current guidelines, however, the material on Reddit did not warrant the irreversible action of canceling the project.

As stewards of Kickstarter we sometimes have to make difficult decisions. We followed the discussion around the web today very closely. It led to a lot of internal discussion and will lead to a further review of our policies.

With that in mind….

I’m a rape survivor, so I get to say what would be enough reparations from Kickstarter for me. So, without further ado, here’s the list:

Let’s not forget the important part: some asshole has the lion’s share of sixteen grand to write a book that includes sexual predator tips, and 732 people funded it and want that book.

All because Kickstarter failed to show moral character in a crisis.

And Kickstarter would love the concerns of those of us sexual assault survivors to be erased just like the campaign page.

Twenty-five grand and an oops (especially reversing a prior decision they won’t publicly acknowledge) is not enough.

Erasure? Just pisses me off more.