One of the first questions I get asked when I mentioned that I was going was, “What’s the World Domination Summit?”
Fair question. And, to be honest, I didn’t know when I first heard about it either.
The goal is to help get people who want to do something different with their lives to take that leap, to find other people who also want to do different and remarkable things—and to help each other do them.
The speakers come from a variety of different fields, including Shannon Galpin, the only woman to mountain bike in Afghanistan, and who teaches street art to Afghani girls. Shannon linked to teafly’s amazing My Body Is Not a Democracy.
Another speaker, Saki Mafundikwa, a graphic designer teaching in Africa, is making a film about people dislocated due to a dam. He’s previously published a book on African writing systems.
Gavin Aung Than talked about giving up his graphic design job to start zenpencils, his cartoon and poster site.
Quite a few attendees got to stand up and give a short version of their own stories.
A woman had come to run the New York Marathon that was canceled due to Hurricane Sandy. She was disappointed, but understood. She had a trip coming up to London, so she thought: why not run the London Marathon?
Five months early.
She wound up getting on the front page of one BBC site, and had people run with her the entire way.
One of the reasons I love the science fiction community is that it’s a really broad spectrum of educated people (and not always in the traditional sense) who are interested in a wide variety of topics.
WDS is like that—squared, with the addition of more hopefulness.
I’ll end with this quote from speaker Michael Hyatt: 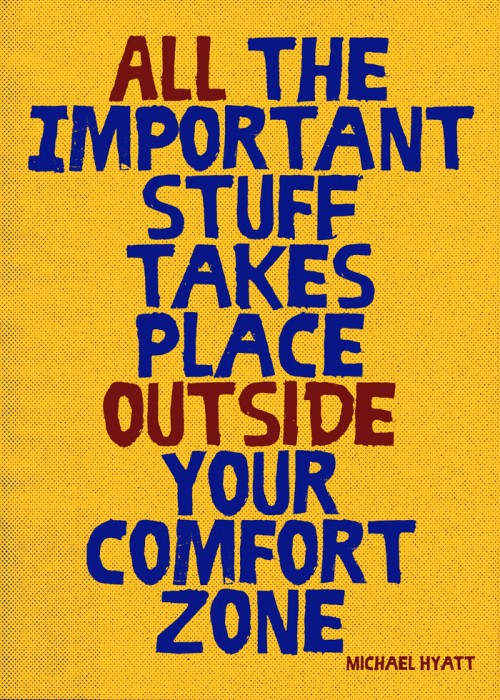