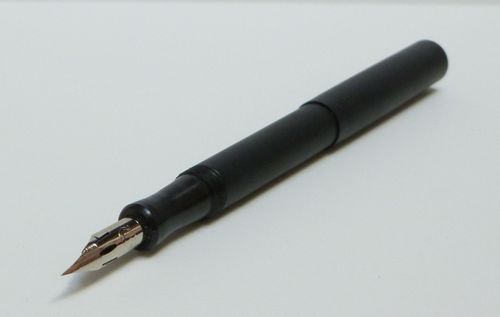 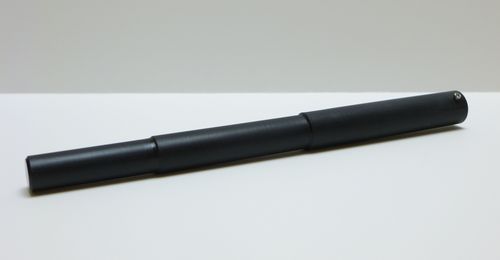 My Own Issues With Modern Steel Nibs

Generally I hate modern steel fountain pen nibs. Why? They tend to be super hard and scratchy. I’ve famously hated on the Lamy Safari, as I find its nib worse than most in this regard.
Yes, you can tune modern steel nibs to be less scratchy. (But why should I have to?)
They can even be tuned to be a tidge less hard, but not enough for me without some real expert work. At that point, you might as well have bought a better nib from the start.
There is, so far, only one modern steel fountain pen nib I like: Pelikan’s 200-series nib. I think it’s brilliant. It has some give and a tidge of line variation.

And Then There Are Dip Pen Nibs

Note: for dip pens, the pen is what fountain pen people call the nib, where the pen holder is what fountain pen people call the pen. Because a nib doesn’t provide the fountain part, the feed/ink reservoir does.
Famously, dip pen nibs have more line variation than all but the most prized vintage fountain pen nibs. However, they’re not intended to be used with any of the methods that fountain pens feed ink.
This is both an advantage: dip pens work well with inks that’d clog fountain pen feeds, e.g., India ink, white inks, and metallic inks.
It’s also a disadvantage: you’ve also got to work with an open bottle of ink.
I don’t know about you, but I do not lead an open bottle of ink kind of life. If you’ve ever seen my hands on the day I’ve refilled my fountain pens, you’d understand. I use Amodex Ink remover, but it’s not perfect. And neither am I.
If you do want to learn more about dip pen nibs, here’s a great post to start.
Now, granted: dip pen nibs tend to be scratchier than fountain pen nibs, and many are known for catching paper. When I’m writing with a fountain pen, I want the attention to be on the words in my head, not on the awareness of the nib’s interaction with the paper. Drawing, however, is different, so my standards are different.

What Desiderata Has Done

Desiderata’s figured out a way to put a dip pen nib onto a fountain pen feed, add a sac at the back, and make a fountain pen. Most of their pens run $100-120, but their matte black delrin pens run $50 plus shipping.
I haven’t spent a lot of time playing with my Desiderata pen yet, but so far, so good. I am trying to learn how to draw, and the line variation I get, even with the bog standard Visconti fountain pen ink I have lying around here in droves, well, it’s incredible.

Here’s a very short one. You can hear the scratchy.

For dip pen people, this much longer video review may also be of interest.

I’m trying to learn how to draw, so this seemed the perfect accessory for the analog portion of that endeavor. I can carry it around. It’s a dip pen, except it’s not.
Desiderata’s least expensive model is $50 plus shipping.
Sounds like a great deal to me.
Just want a dip pen for manga-like drawing? JetPens to the rescue. Don’t forget the brush pens. (JetPens has an amazing variety of pens and stationery, many of those items from Japan.)