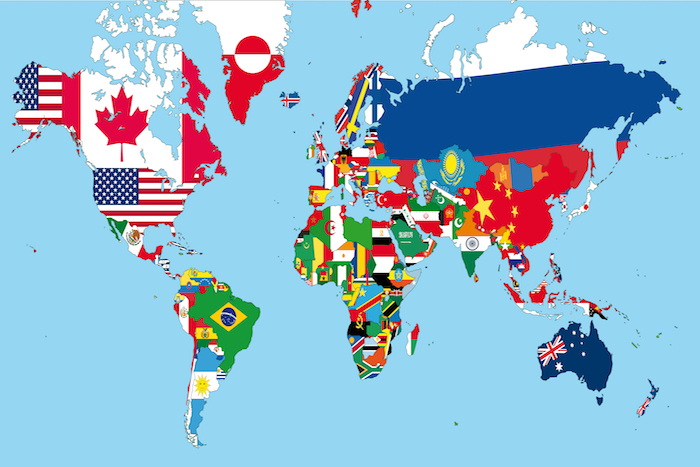 Once you get to more than a handful of countries, they start becoming difficult to count.
Consider the problem I had recently: I was at Manchester airport, about to board a flight to the Isle of Man, and domestic departures are one way and international departures are the other.
Which way should I go?
I stood there, stuck, not sure what the right answer was.
Isle of Man’s a little island between Wales, England, and Scotland on one side and Northern Ireland on the other. It’s got the oldest continuously-running parliament in the world. It has its own currency. It has its own official languages. It has its own passports. Unlike the United Kingdom (of Great Britain and Northern Ireland), the Isle of Man is not a part of the European Union.
For more about their relationship (and the whole mess generally), here’s CGP Grey’s wonderful video:

So, from a customs and immigrations standpoint, it occurred to me that maybe it was treated as an international flight. Instinct, however, told me that it was probably treated as a domestic one because most of the people coming/going would be arriving via the UK and it would be treated in the simplest possible manner.
Which, it turns out, happened to be the case.
Nevertheless, I counted Isle of Man as the 88th country I’ve visited.
I bring this up because there’s a new map showing where “all” the (196) countries are and I asked the question in the comments: “Why is 196 the right answer?”
As I also say, I use three different lists to keep track of country counts. The most restrictive (UN) lists 193 countries. The next most restrictive is the ISO Country Code (ISO 3166) list, which has 247 entries. The least restrictive is the Travelers Century Club list, which has 321.
Examples of some differences in my own visited countries:
UN and ISO counts England, Scotland, Wales, and Northern Ireland as the UK, but TCC separates them because they follow their guidelines of “geographically, politically, or ethnologically distinct.”
UN counts Hong Kong and Macau as a part of China. ISO and TCC separate them. They have separate currencies, immigration policies, passports, visas, and official languages. As a practical matter, they are distinct.
TCC counts Hawaii and Alaska separately because of how far they are from the Continental US. TCC and ISO also both count Guam, Puerto Rico, US Virgin Islands, etc. separate from the US. That’s partly because the TCC list is really aimed at travelers who are looking to broaden their horizons and because Guam is a very different experience than St. Croix or Hilo or Omaha.
Anyhow, it’s a complicated question. You might think it’s easy to determine what’s a country vs. what’s not, but it all depends on the definition, doesn’t it? 33 countries in the UN don’t recognize Israel as a state, and you can’t have a country without some recognition by other countries. So when is enough? When do the Cook Islands get their due?
When is enough for it to become a distinct blob on a map? When I was a kid, I had a globe with Ifni separately marked on it. I remember because it was one of the smallest places marked on the globe. Like now, I was fascinated by enclaves and exclaves (and enclaves within exclaves, like Nahwa).
World Map © alextrim and used under license.