Update, April 2014: Box has revised the page.
I’ve had a chance to look at a lot of company “About Us” pages of late, and many of these for smaller companies show team photos or action shots.

Box.com has a page with a URL of “why-box” and a page title of “Working at Box.”
Here’s all the photos of women on that page: 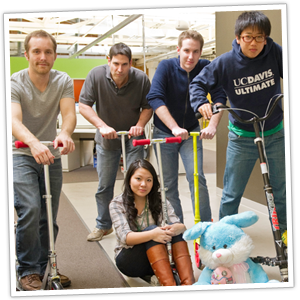 ] Does that photo make me feel like I’ll be respected there? No. It does not.
Not only is the woman sitting passively while the men are in more standing and active positions, she’s sitting next to a stuffie. I have no idea how Box thought this was at all welcoming to female engineers. I mean, yeah, it’s possibly actually her stuffie, but this is the sole representation of women on a page that’s talking about why you should work for the company.
As such, it’s a fail if you’re a woman who doesn’t want to sit on the floor while the men stand. Or if you want to be more active. Or if you want to be taken seriously. 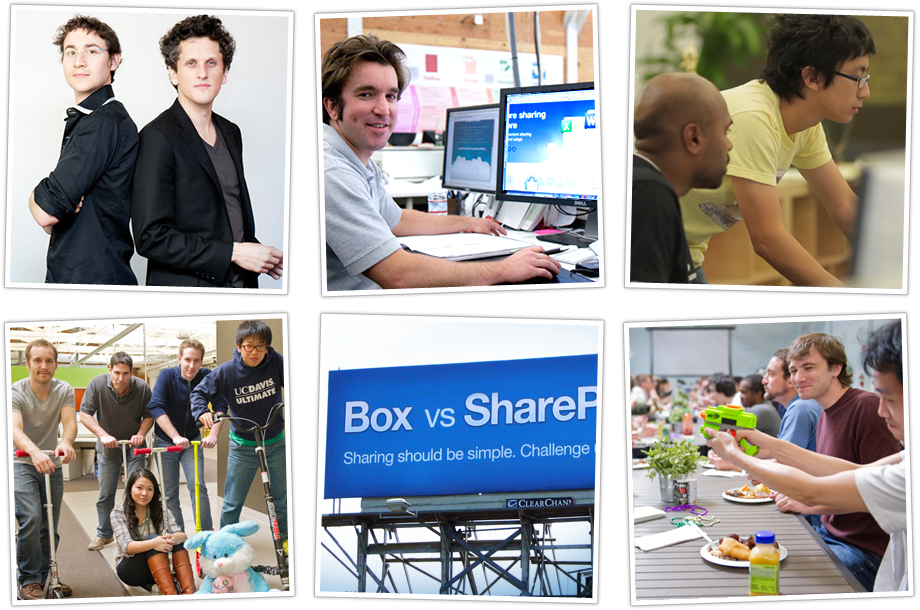 ] Sure, there are better pictures of women elsewhere on the site, though not all of those are unsucky. But if you’re gonna have a page about why someone should work for your company, maybe showing that you respect 51% of the population should be part of your design goals.
<
p>Though, in the props department, so many tech companies have zero representation of black people, and they at least do better here, though it might be nice if he were the more active person in the scene.