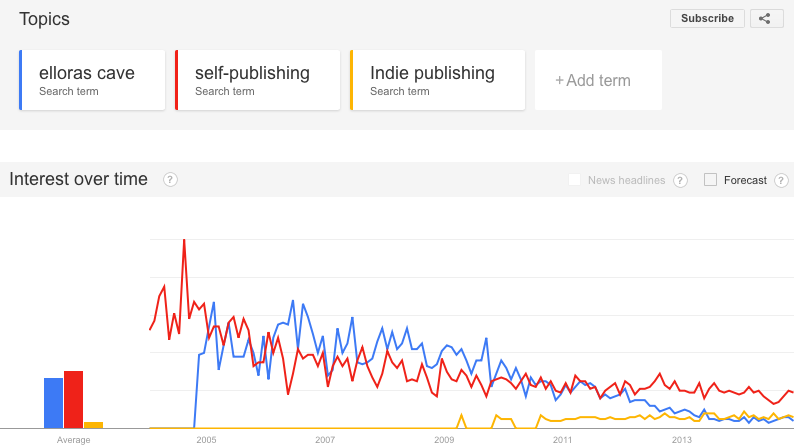 So I decided to pull up the map, then got on searching a few combinations of other interesting things.
There are a few things we can glean from this chart. 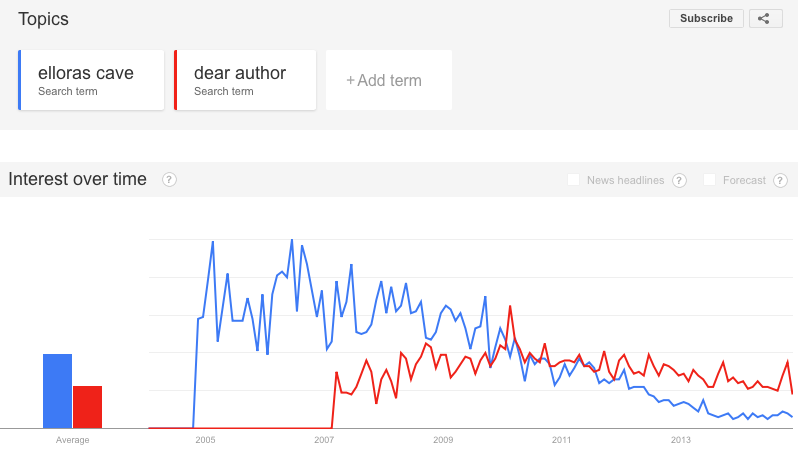 Even though search trends for DA start two years later, DA’s been consistently more popular since 2012. Which is interesting. 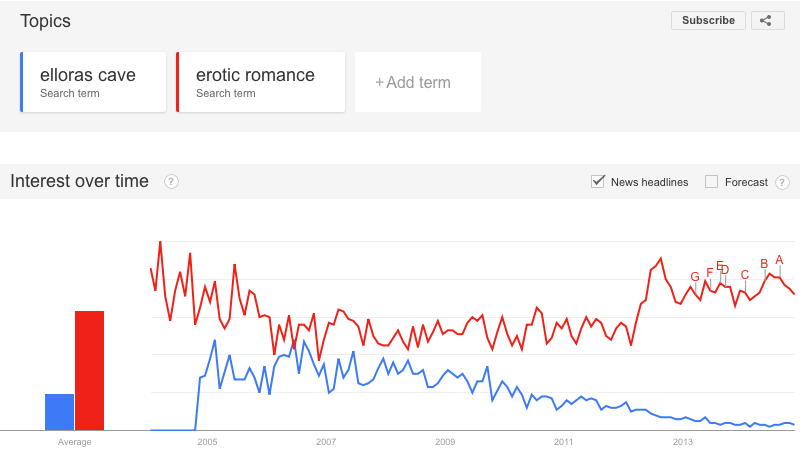 Self-explanatory popularity map for self-publishing as a search term. 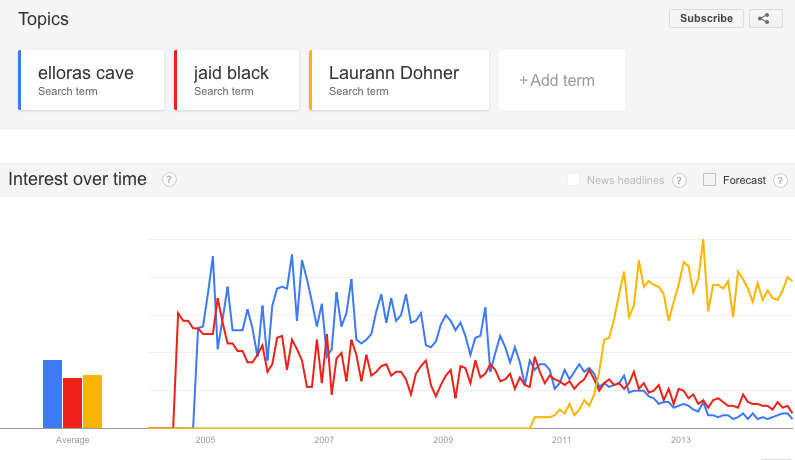 So I looked into several EC authors and this chart including Laurann Doehner is particularly interesting. She’s far more famous than her publisher. (This does tend to happen when an author becomes particularly popular.) 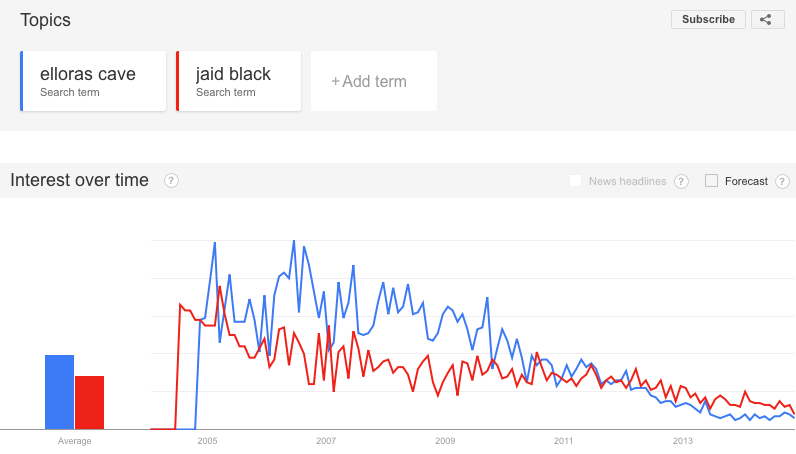 Taking Laurann out of the equation, EC and Jaid Black have tended to trend similarly over the last three years.