Guinness World Record, and I Helped 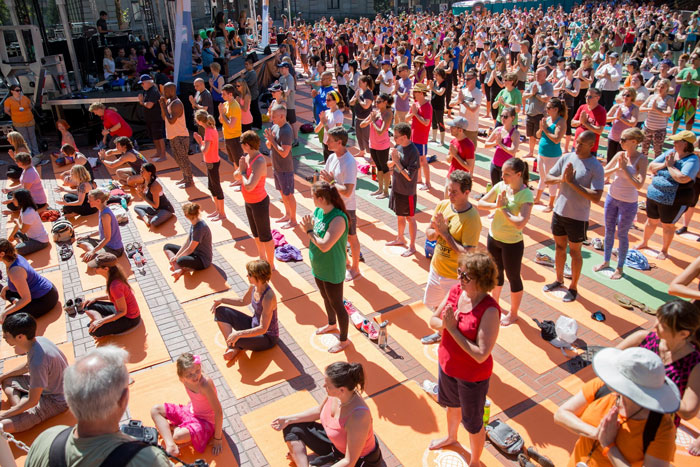 Remember in June when I participated in The Great Namaste? An attempt to break the Guinness World Record for the number of people simultaneously doing yoga.

I got this funny email from organizer Tyler Tervooren:

Well, for those last four months, the record was only technically broken. We’ve been waiting… and waiting… and waiting for them to give us the official nod. Kind of like when you’re really excited to get someone’s phone number, but you can’t get a hold of them so you leave a message saying, “Uh, it was really nice to meet you and I think you’re super cool so, um… call me back?” And then you sit and wonder if you had bad breath or crazy eyes or something as each week passes and they don’t call.
And that’s how it felt with Guinness. UNTIL TODAY! 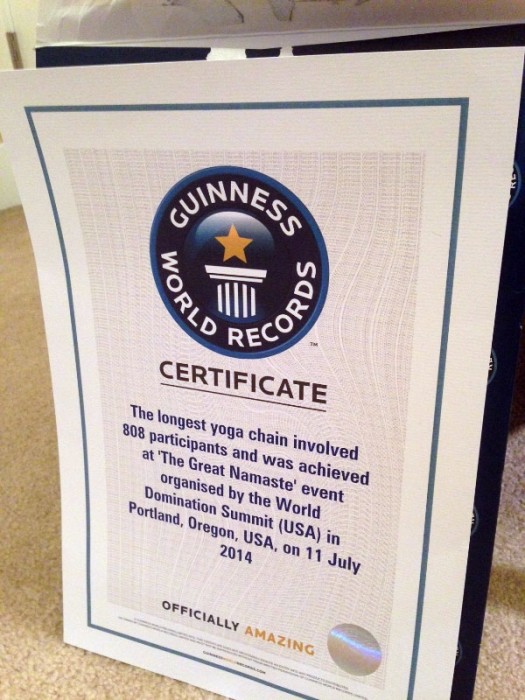 The only thing that’s missing at this point is they haven’t updated the listing on the website yet, which is kind of like when you start dating someone new and realize they still talk to their ex on Facebook. We’re trying not to be jealous, though. We’re certain it will be updated soon.

And Here I Am

In the detail of the above photo…. 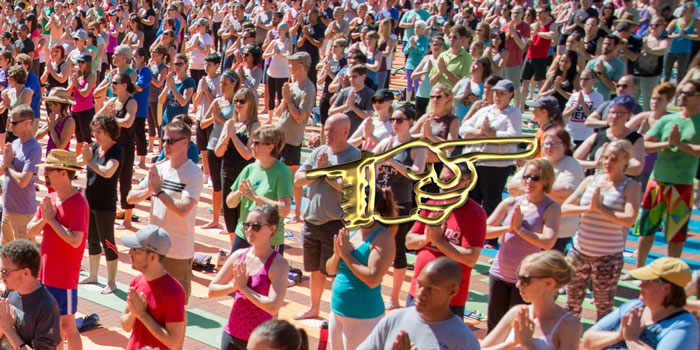