My Problematic Relationship with Spanish

I’ve long had a problematic relationship with Spanish and the countries that speak it as a native language.

I’m working on it.

My parents both spoke French. My dad also studied German for his Ph.D., as well as Latin through college. My mother also studied Russian and Chinese.

Knowing more than one language was always expected of me. My parents put me in Spanish classes when I was little. And my friends’ parents put them in French, which sounded way cooler. Plus, the French teacher would give out goodies, including candy, but the Spanish teacher did not.

Meanwhile, I’d go to the library and try to learn Russian out of a book designed for kids. Out of all of that study, I remember one word: молоко (milk).

I wound up resenting having to take Spanish. The first time I got a choice, when I was in 10th grade, I enrolled in German. German because the French classes were full, and thus began another round of linguistic resentment. Though, I tried to console myself, if I went for a Ph.D. (which seemed a given at the time), German would be an acceptable language, so it was all for my long-term good. Right?

I didn’t actually take French until I went to college.

When my parents went (separately, as they were divorced) to Costa Rica and Nicaragua — I didn’t understand why anyone would want to go.

Over time, I’ve studied smatterings of a bunch of different languages: Hawai’ian, Middle Egyptian, Italian, and Yoruba among them. Just not the language next door.

I never again attempted to study Spanish, but I did finally take a course in Spanish literature and cultural history (of Spain, not of other Spanish-speaking countries), and it was a really great class.

That’s kind of when my transition started — from thinking Spanish was largely irrelevant to my life to becoming interested in the history and culture of Spanish-speaking countries.

Rick and I went on a cruise from Barcelona to southern Spain to Morocco (and the Canary Islands and Madeira) in 2011.

Then, in 2012, there was a glitch that allowed certain short-haul one-way award tickets to be booked for 10,000 miles — and the routing was extremely lenient due to a bug. The usual rules allow for 4 hours between flights without counting as a domestic stopover, but it’s 24 hours for international.

Thus, you could fly, say: San Francisco-Los Angeles-Houston-Guatemala City, stay less than 24 hours, and fly Guatemala City-Houston-San Jose (California). That would be 10,000 miles instead of 35,000. So, for a grand total of $27.60 and 10,000 miles each (plus a hotel room we paid for), Rick and I went to Guatemala. I also visited El Salvador, Nicaragua, and Costa Rica that year.

And I loved each and every one, though I liked Costa Rica the most. Of the four, Nicaragua’s the place I’d most love to go back and spend more time in, partly because of Ometepe.

So we went back to Costa Rica, spending a day in Nicaragua, too. I found that I understood the Costa Rican Spanish pretty well, and I started wondering why I’d ever felt it was intimidating.

Panamanian Spanish and Chilean Spanish are another thing entirely, and it reminded me of my big problem with Spanish: it’s generally spoken intimidatingly quickly for me.

There we were, driving around, wondering what the number twelve was in Spanish when we were trying to speak to our cab driver (who spoke very little English). I come up with French (douze), Middle Egyptian (mḏw sn.wy for masculine form iirc), Yoruba (èjìlá) — the only language I know of that uses subtraction for expressing numbers, and Hawai’ian (`umikūmālua).

But Spanish? I got nothing.

Our cab driver says doce and both Rick and I looked at each other with that look where we clearly had both been searching our brains searching for the word — and failing to find it.

And, thanks to The Offspring, I will always have Spanish numbers go through my head this way: “uno dos tres cuatro cinco cinco seis.” So not helping. 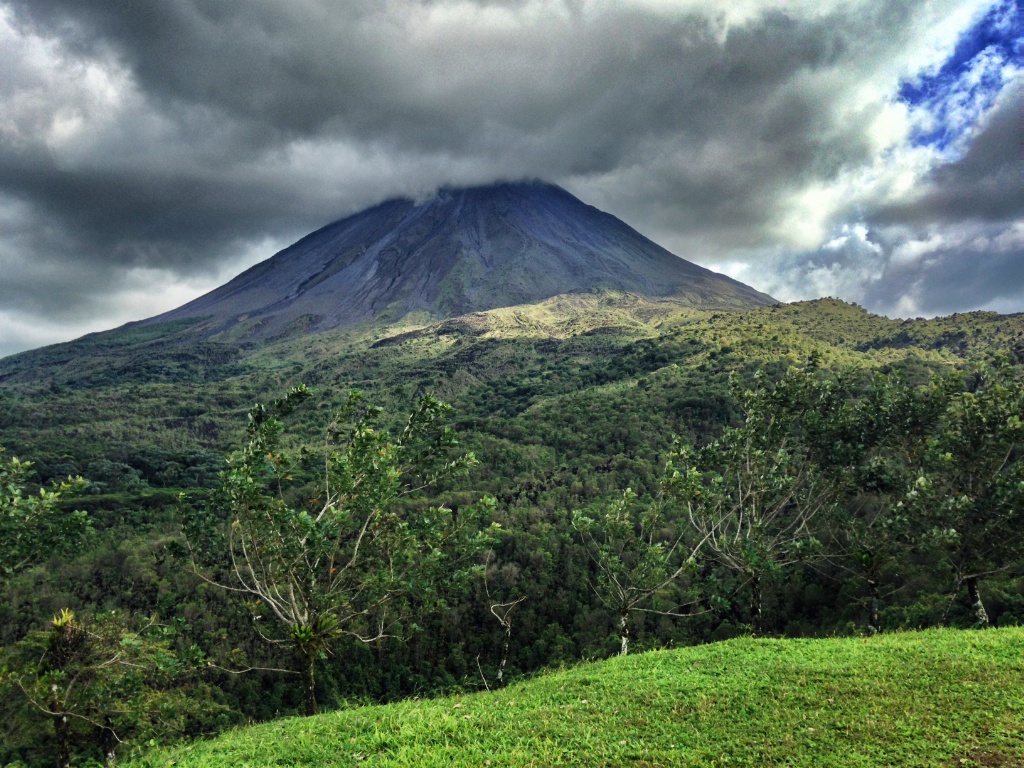