The NYT Bestsellers by Genre

Several people have said to me, “Yes, Deirdre, we all know romance sells well.”
I think, in trying to let the data speak, I gave too little context about what surprised me.
It doesn’t surprise me that some bestselling self-pub titles are romance. It does surprise me that so many of them are. There were, for example, zero science fiction titles.
So, just to point out the difference, here’s the NY Times list (I used a single week, but you’ll get what I mean): 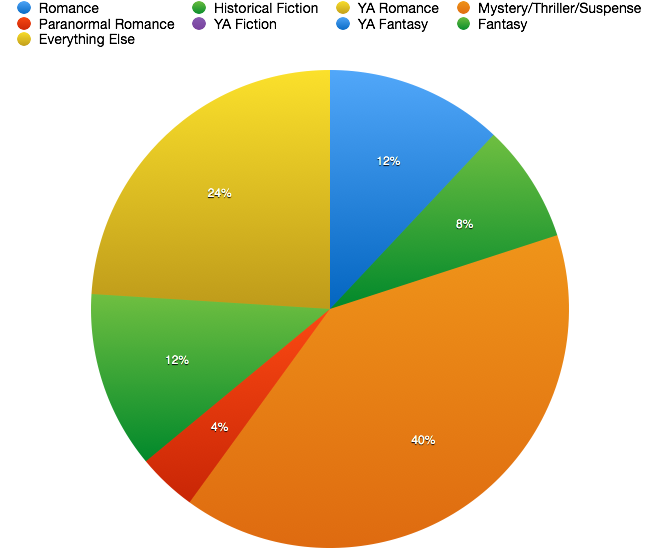 Names, titles, and genres I used at the bottom.
By comparison, here’s the Smashwords chart from before, using the same color coding per genre: 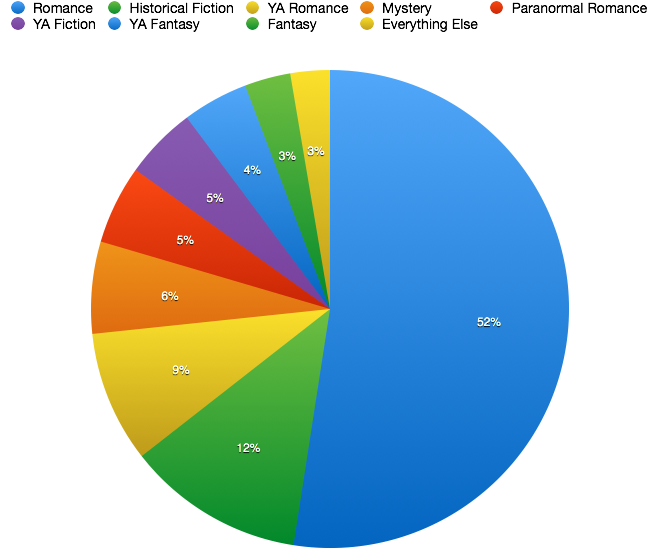