Dante caught shit for writing in Italian instead of Latin.

My native vernacular comes across less in writing than it does in speech, but for those who have spoken with me and know the area, it’s totally obvious where I came from.
I’m a Valley Girl.
I can excise those speech bits when I wish to, and my accent has mellowed over the years, but it is still my “native” accent. Because a lot of Valley Girl is adverb usage, I’ve never really been aboard the adverb minimalization train.
My Valley Girl tendencies are modified by two other aspects of the time and place I was raised:

The pressure to conform to “Standard English” in both writing and speech was very strong in both my father’s side of the family and in my education. The usual way this was done was insisting that non-standard usage is “illiterate.”
I still have non-standard usage that persists. In speech in particular, I’ll often muck up subject-verb agreement in longer sentences with this format: “one of the people who are.” I usually use the subjunctive in formal writing, but often don’t in speech, though I will admit that Gwen Stefani’s “If I Was a Rich Girl” really grates where “If I Were a Rich Man” does not.
When I first started hearing AAVE being given respect by literary and academic communities, I’ll be honest: it grated.
The thing is, I don’t want to sound like an academic with a Ph.D. in English. On the flip side, I actually like to feel comfortable enough with the rules that I know when I’m breaking them vs. when I’m not.
I like stories with a strong sense of voice. I like stories with a strong sense of place, which sometimes ties into a strong sense of voice.
As a fiction writer, I’ve learned that vernacular really can be about unusual (to the average white English speaker) speech patterns. In one story I wrote one character’s dialect using Irish Gaelic syntax, which is verb first and uses extra words for emphasis.
I got back one critique that said: “Sounds like Yoda, she does.”
Which is exactly Irish syntax. What bothered me more about the critique is that Yoda’s syntax was not consistently Irish, but at that time, that’s how most Americans had heard any such usage in English. One of these days, I might actually get the story back out and rework it, but part of that is just going to be affirming, “That’s how she talks. Deal with it.”
I remember, for example, Rick and I driving around Tahiti, noting that their usage of French was unfamiliar. Understandable, but different words were chosen than other places we’d been. I’ve seen this in English, too. I remember puzzling over a sign in Indonesia. 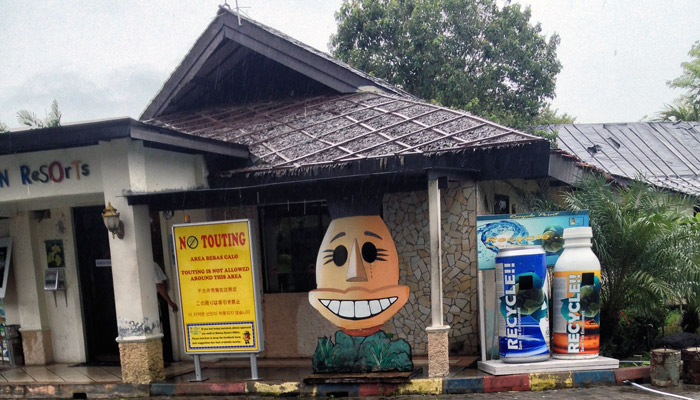 It is exactly those differences in usage that tie us to places. I recently read a romance novel that had every Irish English usage correct—except the one mistake I’d made myself, and was therefore very aware that her hero used the wrong word. It threw me out.

Not Our Kind, Dear

Some years ago, Rick and I went up to Petaluma for some Linux thing. We wound up having a long conversation with a woman there, and wound up talking a lot about the rules enforced on women.
For example, no white shoes after Labor Day or before Easter. Sure, you can wear “winter white,” which isn’t really white at all, but not white white (unless you live in Florida).
If you dared to do such a thing, you were “not our kind, dear.”
That kind of policing every detail is what I (and many other women) grew up with, and it’s toxic to everyone. Maybe I want to wear white shoes in February. If you’re so small a person that you can’t accept fucking shoe color (or, worse, straps around the ankle) as an acceptable variant in dress, I don’t want to be your friend.
Which leads nicely into AAVE.

What makes AAVE so dramatically different as a political issue from, say, Spanish (also spoken in Oakland, by up to a quarter of the population) is its close relation to another language of much higher prestige. Most speakers of Standard English think that AAVE is just a badly spoken version of their language, marred by a lot of ignorant mistakes in grammar and pronunciation, or worse than that, an unimportant and mostly abusive repertoire of street slang used by an ignorant urban underclass. (link)

I was that person ridiculing Ebonics. There’s probably evidence of same somewhere in the bowels of Google.

And Then I Grew Up (At Least Imperfectly)

You know what? I’m allowed to have been wrong.
I still have difficulty feeling that my own (white privileged) vernacular is “acceptable,” and it’s a recognizable (albeit ridiculed) variant of SE.
I can’t imagine what people who speak non-SE dialects feel when they’re minimized because of their native dialect.
So when @djolder posted links to this Storify version of his responses to this Strange Horizons review, I was horrified.
Strange Horizons reviewed a book, Long Hidden, specifically about marginalized cultures in SF/F stories. Then the reviewer calls out AAVE as “a literary trick”?
Writing in your own dialect is never a literary trick.
Saying that is othering and dismissive of the entire premise of Long Hidden. Rose Fox, one of the editors, said, “It’s an ethical and cultural error.” I concur. Strange Horizons has apologized. tweet one, two, and three.
I’m not even convinced that writing in another dialect is a literary trick. To me, “trick” implies deceit above and beyond the usual call of fiction. Sure, there’s the alternate meaning of “trick” as being clever without being deceitful (e.g., somersaulting on a skateboard), but that clearly wasn’t the meaning here.

So What Is a Literary Trick?

Kevin Spacey claimed that Bryan Singer managed to convince all of the major actors that they were Keyser Soze. At the first screening, an angry Gabriel Byrne stormed off when he realised the truth.

That’s a literary trick on an entirely different level.
Writing an unreliable narrator such that she tells one story on a literal level and a completely different story when you realize what way she’s being unreliable—that’s a literary trick.
But being honest and true about your own dialect? Nope.
I learn a lot from meeting people and reading stories by people who are quite different from myself. I love it when people take me unexpected places.
I think this bears repeating: Writing in your own dialect is never a literary trick.
See also: this great post from Troy L. Wiggins.