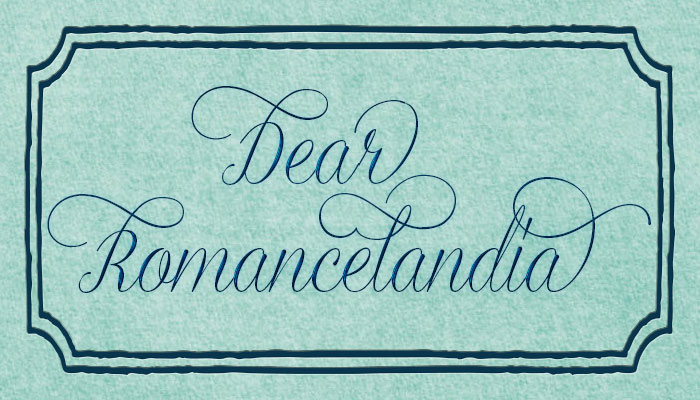 I’ve been teasing apart the feelings around Dear Author’s Jane Litte revealing herself to be romance author Jen Frederick, and I’ve been reading a lot of comments around. I’d also like to thank Olivia Waite for her comment on my last post, which was super helpful.
I’m also being distracted while writing this post by one of the entertaining and beautiful black squirrels we have in our yard. I’m still running on less sleep than I need, but sometimes that’s the best time to access feelings.

First: What I See As the Big Ethical Question

Lawyers Are Not Magical Beings Who Know All About the Law

I’ve seen this said over and over and over that Jane, being a lawyer, must magically know something specific about the law.
I can only speak to this via analogy.

Similarly, there are a lot of basics topics that lawyers train on during law school. Law school is incredibly broad and far reaching, like a general humanities degree is. There’s a limited amount of specialist training after the first year.
Still, the expectation that anyone who’s a lawyer must know X about the law is a bit like saying I must therefore know everything about sort algorithms. Or that any American with an English degree must necessarily be an expert on Mark Twain.
Even more than software or knowledge about writers, legal knowledge is incredibly specific and can be outdated quickly. Jane practices in an area of employment law (worker’s compensation) likely removed from civil litigation discovery issues.

Can Authors Be “Just” Readers?

First, I don’t like the word “just” I’ve been seeing in some contexts, as though readers are somehow lesser than authors. Nevertheless, I’ve only had one cup of coffee so far today, so I’m starting there.
This is an ironic mistake for me to have made, but somehow I missed that most of the people speaking up about Jane/Jen’s revelation are readers rather than writers. That they feel like someone is no longer representing their interests. Further, after Sarah Wendell’s post, I suspect a lot of readers won’t be trusting that site, either.
I got started writing in part because I was a fan of Lawrence Block, and I ran out of novels to read, so I started reading his non-fiction. One of the things he’d said is that he didn’t review books because he wouldn’t want to feel compelled to be honest. That it could imperil friendships with other authors.
It’s not something that happens immediately upon becoming an author, though. For years, I didn’t really understand Block’s point—until I read a book from an author colleague I liked and found I hated the book. Then I got it.
At that point, I could no longer be “just” a reader, but that point didn’t happen immediately. Arguably, it can happen a lot sooner in this Internet age—I started submitting fiction more than twenty-five years ago.
The other reason I missed it is that there’s not an equivalently large site in SF/F for readers apart from the magazines. (I’ve always considered Locus more a professional magazine focused on the industry insiders than readers per se.) Part of that is the incredible divide between various parts of SF/F writing and fandom. I don’t know whether SF/F is more divisive than romancelandia, but it sure seems that way to a relative outsider. Let’s just say the challenges of the genres are different and leave it at that.

Courtney Milan Has a Great Point

Look, there’s a reason I haven’t said much. I’m still untangling things. There are a lot of things that I need to untangle. I’m sorry that’s not convenient–I conveniently wish I could untangle this easily, too.
But here is one thread of about 45 tangled threads that I think I’m finally clear on: There is an intersection between Jane being on author loops and the lawsuit.
Everything that crosses Jane’s eye about Ellora’s Cave is discoverable by Tina Engler–someone who has allegedly inflated the 1099s of former editors who testified in the suit in retaliation for their testimony, an action that will cost them time and money to correct. A lot of authors–and I mean a LOT–are being very cautious about what they say because they don’t want to be retaliated against. I understand that worry and I’m not going to tell people to put their careers on the line when they’ve got a living to make.
Now we come to those private author loops. Because that’s where we do a lot of processing behind the scenes, including processing of the questions regarding the EC suit. On private author loops, authors have asked each other questions like this: Do I say something in public? Is it worth the risk? They still have six of my books, and they’re still paying me and I need that money to pay rent. Or, maybe the calculus goes, They haven’t paid me yet but I think they will and I can’t afford not to get it. I can’t speak up.
Ellora’s Cave is going to ask for discovery of any and all communications received by Jane in any form regarding Ellora’s Cave. If Jane was on any of those loops? That stuff is discoverable. Even if Jane as Jen didn’t respond or instigate the discussion. Even if she never used the information.
It is a huge risk to speak frankly in front of someone who may be compelled by court order to report your speech to the person you are talking about. There’s even the risk that, as a result of that speech, you may be compelled by subpoena to testify in court. These are risks that are vastly different in kind than the risks authors normally assume–and Jane spent six months on authors’ loops not disclosing that a court could compel her to put everything said in front of her about Ellora’s Cave in front of Tina Engler.

Apart from the quibble that the 1099 thing (see this post from Lolita Lopez) was Ellora’s Cave, not Tina Engler as an individual—yes.
However, I’d argue that the potential discovery problems occurred because Jane’s “industry journalist” hat got mixed in with the author hat, not because her reviewer hat did. As I said yesterday, I’d argue that the industry journalist hat offers the greater overall conflict of interest in this particular case.
It’s also perfectly normal to process via talking to each other, and, precisely because writing’s a lonely profession, that’s commonly on mailing lists with other writers. Also, it’s going to take me quite a while to untangle this too.

Jessica Clare, aka Jill Myles, has blogged about Jane Litte’s announcement. It does answer an outstanding question I had (whether Jessica knew of the Jane Litte identity).
While I am totally fine with both of them loving each other’s works and being friends, I’m still uncomfortable, for reasons I haven’t totally unpacked, with Jessica having brought Jen into inner circles without giving others a heads up as to her other identity.
I just discovered that I’ve been on an author loop where Jen Frederick was as well. However, she left that group quite some time ago.

I started reading Jen Frederick’s permafree book, Undeclared, when I couldn’t sleep night before last. I read about 10% of it then, then read another 10% last night. (I’m behind on two books I need to put more energy into reading, but I also was in no shape to read either of those.)
For whatever it’s worth, I’m enjoying the book. Granted, new adult romance is my personal catnip.