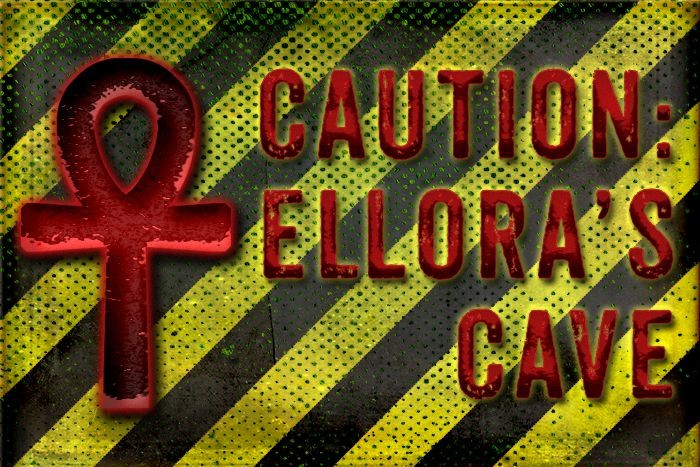 Earlier today, Laurann Dohner updated her facebook profile to show Ellora’s Cave as a former employer rather than her current one.

A bit later in the day, she removed Ellora’s Cave from her work history entirely. 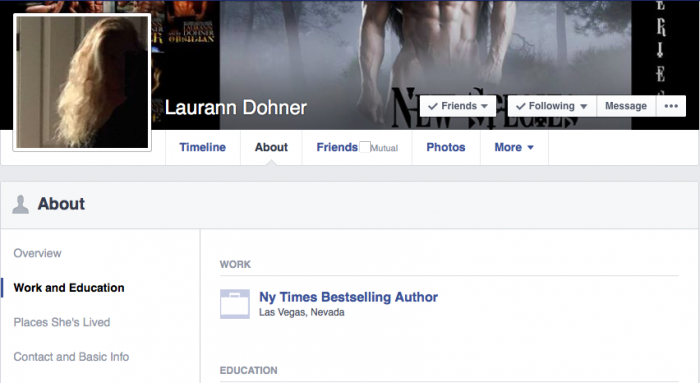 So far as I’m aware, all of Laurann Dohner’s titles remain in print with Ellora’s Cave, at least for the time being. If I were the speculating sort, I’d guess that we’ll be seeing reversions happening at some point in the not-too-distant future.

Earlier today, Shiloh Walker (who also writes as J.C. Daniels) posted a link to the Twitter #notchilled hashtag linking to this blog post about her Ellora’s Cave titles.
An excerpt from that post:

At this time, I’d like to request that my readers stop buying the titles below from any and all retailers. If I’m not going to get paid, and in a timely manner, I’d rather the books not be bought at all.
Her Best Friends Lover
Silk Scarves and Seduction
Never as it seems
Guilty Needs
One of the Guys
His Christmas Cara
Lacey’s Game
Belonging
Sexy Little Surprises

Best of luck to Shiloh on getting reversions for her remaining EC titles.
I’ve heard from sources sources that many, if not most, long-time Ellora’s Cave authors want out. Unfortunately, they’re neither in a position to use a hammer (e.g., a lawyer) or slink under the low number of sales. Most are now publishing with other houses or indie publishing themselves. (As far as many/most, I believe my sources are credible on this point, but I obviously haven’t heard from more than a fraction of EC’s authors.)
At least some fear speaking out because they’d be branded as troublemakers—and feel they would be less likely to be paid and/or less likely to get reversion offers they could live with.
Which reminds me….

The article here lists a few Ellora’s Cave authors being converted to the Booktrack format:

Joanna Wylde, you may recall, was one of Jane Litte’s sources for her Dear Author article The Curious Case of Ellora’s Cave, and said she had not seen Amazon payments since January. (Despite the name being redacted on that document, it’s put together in this document on p.6.)
So what’s Booktrack’s interest in Ellora’s Cave?

Booktrack offers a new content creation and distribution platform that turns reading into an immersive movie-like experience. Booktrack’s patented technology lets anyone add a synchronized movie-style soundtrack to an e-book or other digital text content, with the audio paced to each individual’s reading speed.

I can just hear the moan soundtrack and the bad ’70s jazz….