I’ve been kicking this post idea around in my head almost a year, ever since I sat in front of a computer working on a fan site wondering if I’d gone mental. Adding to the surreality was working at a glass desk over the shallows of the Indian ocean — hardly normal for me.
Backing up a bit, several of us were fans of a particular actor and role on a particular show that was, as is often the case, canceled. It was obvious the actor in question hadn’t found additional work in the US and would return home to Australia soon. One night, a Twitter direct message conversation spawned between myself and another fan, and I up and registered a fan site domain on the spur of the moment.

The Site That Almost Wasn’t

The following morning, I was scheduled to leave for Tokyo.
No worries, I thought, it’s a few bucks. If I still think it’s a good idea in when I arrive in Tokyo, I can do something about it.
Or, you know, not.
Honestly, I almost didn’t. It’s putting one’s self out there a lot and it’s a lot of work, not to mention an implied ongoing commitment. Making a fan site is adopting someone as “your people,” only they don’t really get a say the other way.
Plus, back when I was a teen, a friend of mine and I were singing at Disneyland in the annual Christmas Hallelujah Chorus thing, and Jimmy Stewart was the big actor there that night. My friend was a total fan. Just loved him. Unfortunately, he was a total jerk that night, and it broke her fannish little heart. Sometimes, we’d rather keep our fannish things to ourselves.
From the other end of things, I remember the first time I saw a positive review for one of my pieces. I was stoked. This person probably will never understand why I think they are so totally awesome—even if they never feel the same about anything else I ever do.
Back to the site…I got to Tokyo. Kinda freaked out. Emailed someone who ran a different fan site:

I’ve just bought a domain for a Ryan Johnson fan site, but it’s the morning after and I’m having cold feet, so please tell me that you’ve had some positive feedback from someone other than me. 🙂

This is where people you don’t know from Adam will leap to help you.

Most people in the limelight are happy with a fansite, as long as it goes easy on the gushing, treats them as human beings without objectifying them and respects their private lives.

Which is really good advice for dealing with anyone, and not different than I’d planned. I can’t handle the fan sites that are populated by stalkerazzi photos. I hope that fan site runner gets some happy feedback from their person eventually.
However, it was a couple more weeks before I told Rick about the fan site, though that was partly because I was in the Maldives and he was not….

I’ve always thought of myself an audio person rather than a visual person. In high school, I was in band, marching band, orchestra, dance band, and choir at the same time. I studied sound recording (audio and film) in college. I’m generally more interested in how someone sounds than how they look.
I’ll often identify actors by voice long before I recognize their face (due to lighting, makeup, and the general chameleon-like nature of actors in their profession).
However, suddenly having (way) more than a thousand pictures of an actor’s career in front of me and having to pick and choose which made the cut and which didn’t — things started to click.
I’ve never really liked animated movies. Sure, I can enjoy them, but I never deeply bond with them. If you asked me why, I’d have said: the limited facial expressiveness doesn’t bridge my suspension of disbelief.
And that’s true, as far as that answer goes, but the real answer runs far more deeply than that, and I really had never put two and two together.
People’s facial expressiveness mattered to me far more than I realized. I tend to take people at face value, and I realized that I was getting far more of that “face value” from facial expression than I’d been aware of.
I started thinking about people I liked—the colleague you joke with, the person who sticks out at an event you attend—and realized that many of them had more expressive faces than average.
And, unfortunately, people whose faces are less expressive than average are generally people whose faces aren’t as memorable for me unless they say something that’s particularly memorable.
As I sorted through the pictures and tried to get good screen captures for the fan site I was building, I finally understood a whole lot more about why I hated YouTube so much, why I preferred Vimeo, why I liked BluRay and hated standard def, and why I generally loathed streaming media. The lossiness of video, particularly streaming formats, cuts a lot of the facial expression detail. I kept feeling like I was watching Odo from Star Trek: Deep Space Nine when his face was melting—not because of any issue with the acting or production, but because of the quality of the video I was viewing.
So while the fan site wasn’t a project I undertook to understand more about myself—it really was “Dude, I love your work”—it helped anyway.
I was nervous and strung out about announcing it, but he was very kind. It’s hard to pick a favorite out of all the pictures, but this one’s on my short list. 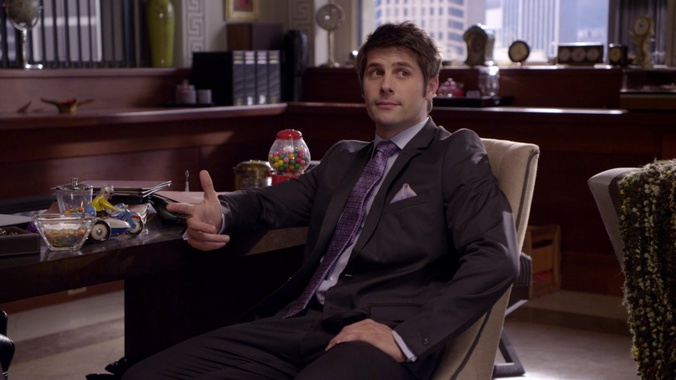