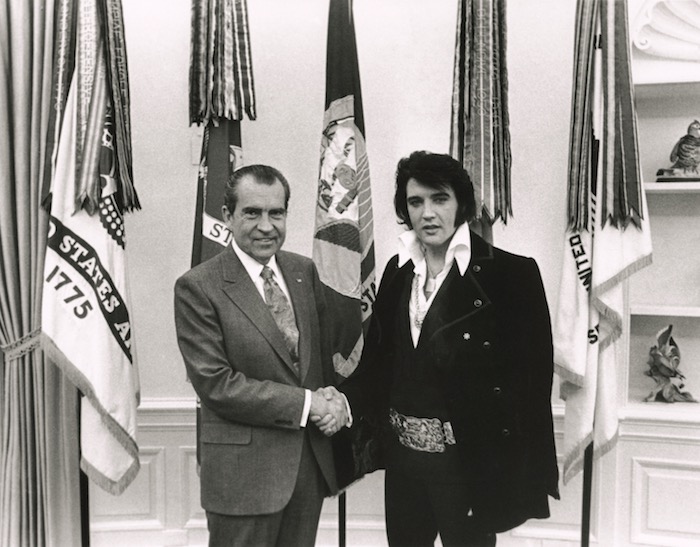 Most of the people I know in the US have lived their entire lives after the War on Drugs started.
John Ehrlichman, Counsel and Assistant to President Nixon:

The Nixon campaign in 1968, and the Nixon White House after that, had two enemies: the antiwar Left, and black people. You understand what I’m saying? We knew we couldn’t make it illegal to be either against the war or black. But by getting the public to associate the hippies with marijuana and blacks with heroin, and then criminalizing both heavily, we could disrupt those communities. We could arrest their leaders, raid their homes, break up their meetings, and vilify them night after night on the evening news. Did we know we were lying about the drugs? Of course we did.

Interviewed in 1992 by journalist Dan Baum, author of Smoke and Mirrors: The War on Drugs and the Politics of Failure, full quote in “Truth, Lies, and Audiotape” by Dan Baum (2012). You can read the book’s first chapter here. The first chapter covers some interesting side topics, including the genesis of Cheech and Chong. It also covers Lloyd Johnston’s annual survey of 2,200 high school students:

What drugs have you used? Johnston’s survey asked. Have you used them in the last year? The last month? The last week? How accessible are drugs? Johnston also included questions about alcohol and tobacco.
When the questionnaires were processed, it emerged, unsurprisingly, that tobacco was the-most widely used drug among high school students and about a third of them smoked it every day. Alcohol was next, predictably, with about one-fifth of the students drinking once or twice a week and another fifth once or twice a month.
What surprised Johnston was that nearly 80 percent of the group had never smoked marijuana. Barely I percent smoked every day. Other drugs were hardly visible; neither heroin nor cocaine had ever been tried by nine-tenths of the sample. The kids were pretty clean: black, white, rich, poor, grind, and dropout.
This was news, Johnston thought. In the book he and his team rushed together, Johnston wrote that “there certainly was not a widespread “epidemic, of illegal drug use among these high school students as the popular press had suggested.” His interpretation: American youth are “less radical” and “more traditional” than their public image would indicate. “In fact, their continuing adherence to traditional practices—namely, the-widespread use-of alcohol and cigarettes—may ultimately be the most important fact about youthful drug practices to emerge from this study” (emphasis in the original).

Now, granted, I was eight in 1968, but it sure seemed like things went obviously truly crazy for a few years between then and 1974 or so.
The photo, where President Nixon met with Elvis Presley after Elvis requested to be made a federal agent at large to help fight the war on drugs. Irony, of course, given the role of drugs in Elvis’s own shortened life span.
One of the books that formed my thoughts on America’s drug policy was Thomas Szasz’s Our Right to Drugs., which is basically a libertarian look at drugs (and suffers from many of the libertarian perspective problems, granted). What stuck with me is one of the analogies he used. When someone injures themselves skiing, we don’t call it ski abuse. When they injure themselves with a chainsaw, we don’t say they have a chainsaw problem. But if they injure themselves with drugs, it’s abuse. Why should one get special pejorative language?