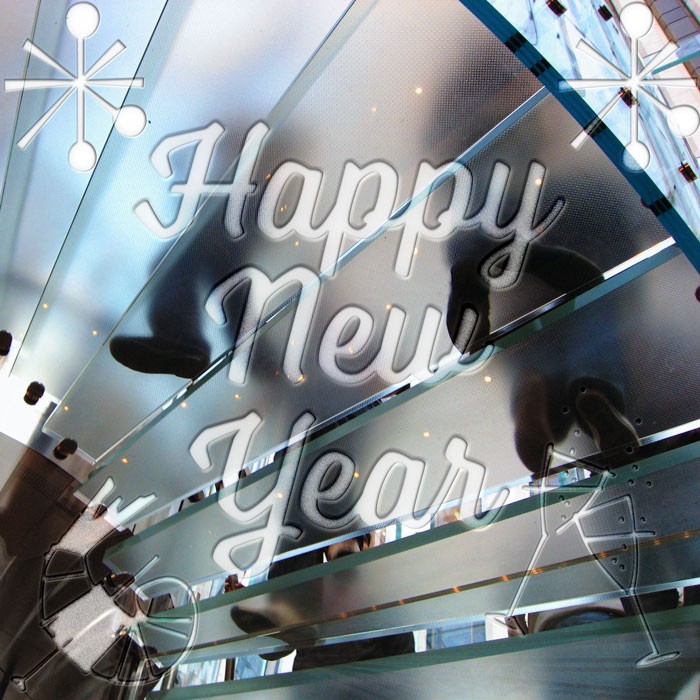 This song played on iTunes this morning, and I think it’s awesome for today:

My Thoughts on Welcoming 2015: Go for Memorable

I’m just going to glarp this 2012 blog post, “Going for Memorable,” and post it below.
Kate showed me this video of an an audition.
Not just any audition. One where a comedian with a character as a geek gamer crashes a music video dance audition and acts like a goofball (and specifically asks for a rules exception). Despite no formal dance training (but impressive dance skill despite that), he gets the gig.
It’s about rules, about expertise, about genius, about knowing when to throw away something perfectly usable and go for memorable instead.
There are a lot of solid, good dancers in the audition. No question. One comment, though. When people ask what reading slush is like, I point to the guy who does a solo right before Keith at around 47 seconds in. Imperfect execution, some solid grasp of concepts, but not able to stand out from the crowd.
For both of these, may be NSFW due to adult themes, but worth watching when you can.

And the resulting video, clearly re-written to take advantage of their new dancer…..

Hope you and yours have the best day possible. 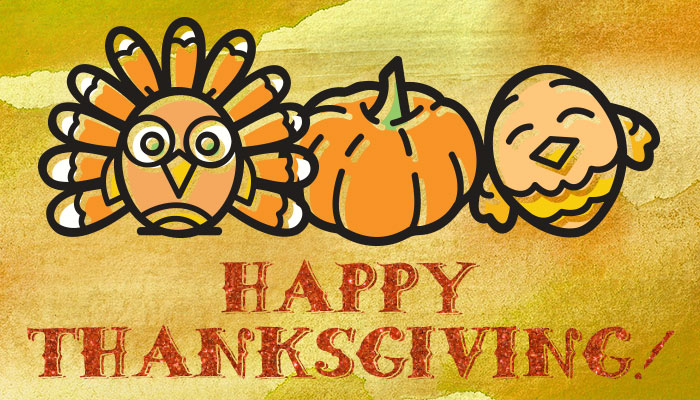 I’m thankful to people preserving traditional knowledge, especially languages, as they encompass different ways of thinking. Here’s an article about young Native American women working to preserve their culture. (Hat tip to Juliette Wade.)
I’m also thankful for libraries. This tale of the Ferguson library gives me some hope for humanity. They’ve also published a third wish list if you wish to contribute more specifically.
There are many other things I’m thankful for, but those two seem particularly important today.
This post by Chuck Wendig about -ists is an excellent read. I’ve been meaning to write a response to Faruk Ateş’s post What Being Cis Means to Me because I can go to a different place. Maybe if I say this in a blog post, I’ll actually write it. 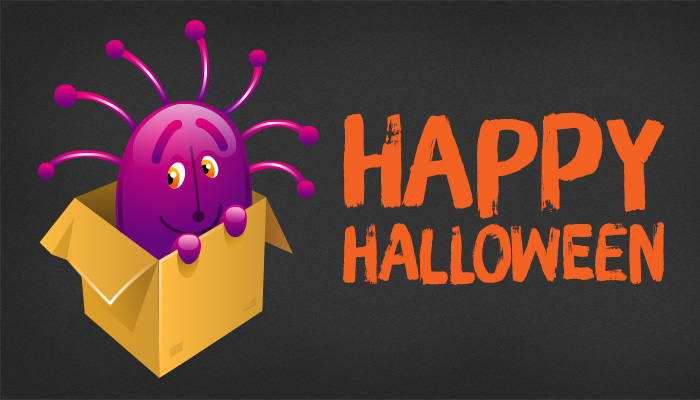 I had the awesome privilege of meeting Cat Grant in person last weekend when I was in her area. We talked for several hours! She’s trying to buy the rights back to her three books still with EC. GoFundMe link.

All Treats for Design Cuts’ Birthday

I’ve spoken about my great love of Design Cuts ever since I discovered them earlier this year. They are re-running twenty-two of their prior deals.
The font used in the image above is Brush Up from Pintassilgo Prints, and is from the Monster Creative Font Bundle.
If I had to pick three of the above….

This will be running for another week and a half in case you are just overwhelmed with choice. Hell, I was, and I already had 14 of the bundles being re-run. I now, uh, have 17 of them.

A Plug for DealJumbo

Peter of Cruzine Design also runs DealJumbo.com, where he pulls together a lot of great deals, often from Creative Market shops.
Cruzine has some really complicated vintage-style logos and frames that I can’t ever see myself using but want to hoarde all the same. Here’s one of the freebies where you can see what I mean.
The deals DealJumbo runs, though, are far broader in appeal. The “5in1” deals are from five different designers, which is a great concept.
Here are a few active deals I’ve bought:

The monster in the box up top came from one of DealJumbo’s freebies, but it appears to be one only available to mailing list subscribers.

But, But, I Don’t Know How to Do Design Stuff

Another treat!
Look, I get it. I was a Photoshop idiot for years even after taking a couple of classes. These days, I consider myself intermediate in Photoshop skill.
Dustin Lee at Retro Supply started making amazing videos to show off how to use his products. Then he started adding extra videos when you bought his stuff, and they were useful enough that, well, hell with whether or not I need/want the product, I wanna see the videos!
He’s just opened Retro Academy which will feature tutorial videos.

And Now for Something Really Scary: Scientology

According to the EEOC’s suit, the company required Norma Rodriguez, Maykel Ruz, Rommy Sanchez, Yanileydis Capote and other employees to spend at least half their work days in courses that involved Scientology religious practices, such as screaming at ashtrays or staring at someone for eight hours without moving. The company also instructed employees to attend courses at the Church of Scientology. Additionally, the company required Sanchez to undergo an “audit” by connecting herself to an “E-meter,” which Scientologists believe is a religious artifact, and required her to undergo “purification” treatment at the Church of Scientology. According to the EEOC’s suit, employees repeatedly asked not to attend the courses but were told it was a requirement of the job. In the cases of Rodriguez and Sanchez, when they refused to participate in Scientology religious practices and/or did not conform to Scientology religious beliefs, they were terminated.

It was later settled for $170,000.
I saw this a lot from the Scientology side of the fence when I was on staff (except for the terminations).
For many years, Scientology’s big clients have been chiropractors, dentists, and related non-mainstream medical practices. There are Scientology-based consulting practices, such as Sterling Management Systems, whose entire goal it is to get everyone in an office “trained” in “Scientology tech.” And audited. And Clear.
Whether they want to be or not.
Most weeks, it was more than half the income of the local Scientology church I worked at.
At the time, I thought it was great. Now, of course, I want to wash all the ick off my psyche. 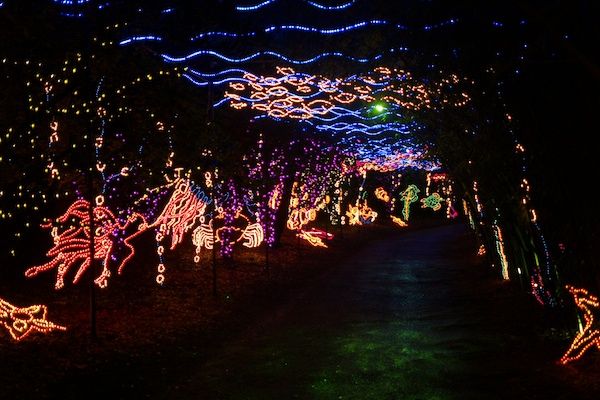 So I turned a corner and saw this. Makes my sealife-loving self happy. 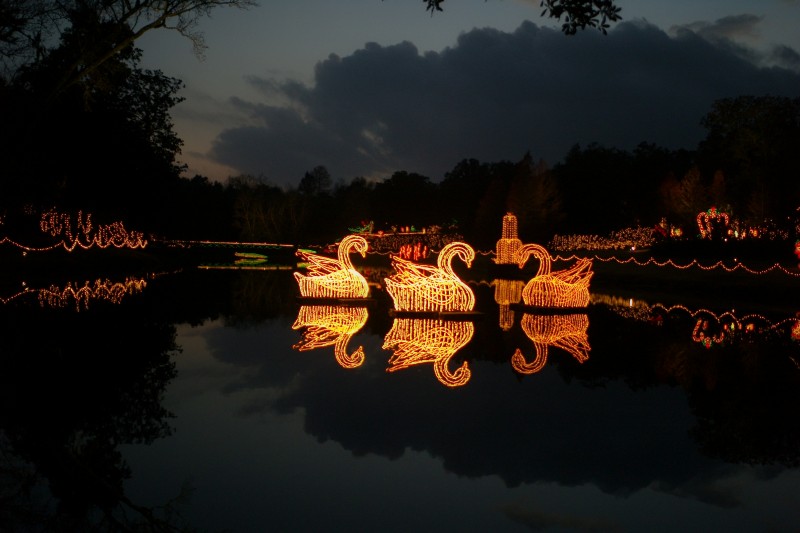