[Redbubble] You Know What to Do

Now available in t-shirts, posters, prints, cards, and stickers from Redbubble.
This is one of those pieces where I sat on it overnight and took an entirely new approach when I did. 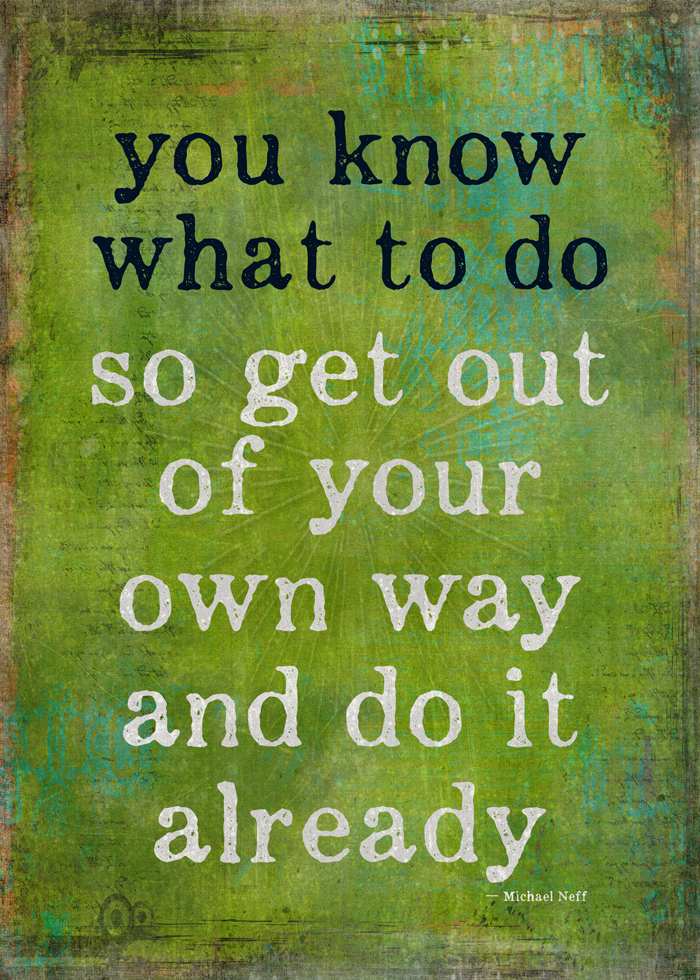 Pretty much everything remained the same except the background, but that’s so dramatically different now.

The background itself is a freebie this week on Creative Market from Joyful Heart Designs.
The font is Appareo from Kimmy Designs, also a Creative Market regular, but I picked it up from a Design Cuts bundle a few weeks ago.
The sunburst, well, I have a lot of them. This particular one is from Thunder Pixels.
There are also brushes in there from another Design Cuts bundle, but I can’t point to them, because they are pretty darn subtle.
What’s less subtle, though, is the effect of Matt Borchert’s Distress Texture Pack, the concrete-like overlay over everything, including the text.
The most important part: thanks to Michael Neff for the verbal kick in the ass.

This is a photo I took in 2010 when I was on the big island of Hawai’i.
Available now from Society6 in prints, cards, pillows, shower curtains, coffee mugs, tote bags, clocks, rugs, and laptop, phone, and iPad skins and cases.
Note that while the coffee cup is available, the flower’s center is opposite the handle. 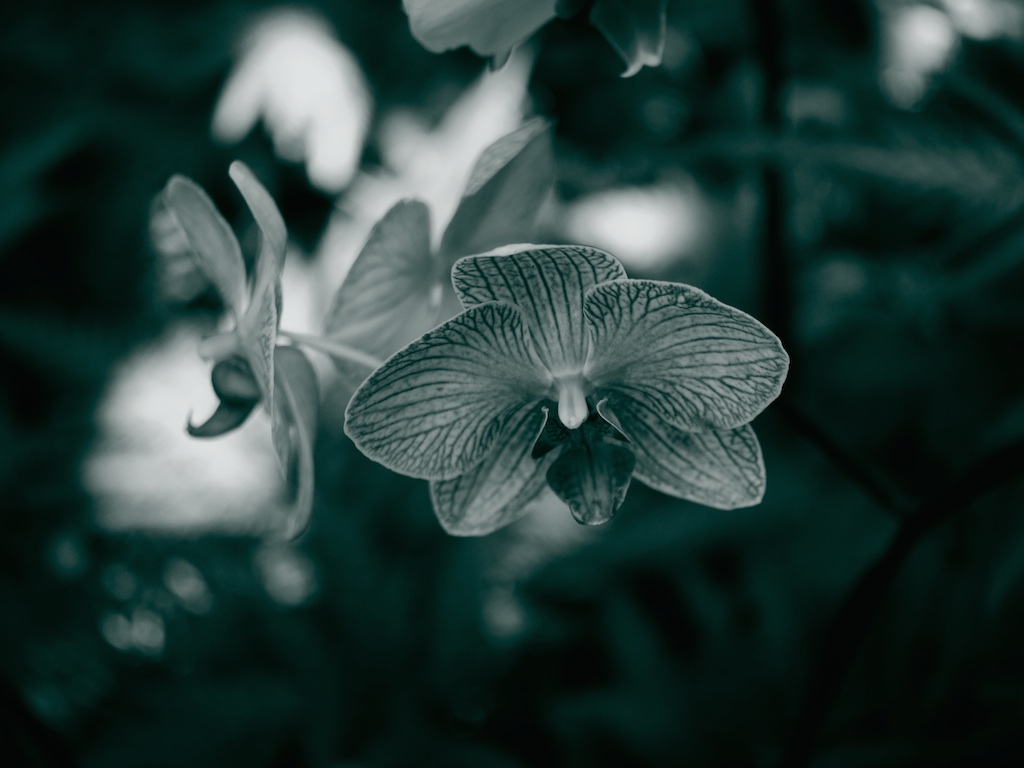 Daring Fireball comments on it.
Aperture and I have had a difficult friendship. I migrated from iPhoto to Aperture after I started at Apple. But, since leaving Apple, I’ve been wondering if I should move to Adobe’s Lightroom.
The split’s about 50/50 from the people I know who are serious photographers.
Part of my dislike stems from how Aperture handles larger libraries (even though mine isn’t super large) and how it handles multiple libraries plus iCloud syncing (badly would be a good word for it).
I need to research whether to jump ship before Photos ships—or not. Or keep Photos for the kinds of stuff I still use iPhoto for (a very limited subset), plus iCloud stuff, and Lightroom for other stuff.
Or something.
Also: the Photos slogan?

Every photo you take.
On all your devices.

My film scans of medium format are 150mb each, frequently. So that doesn’t sound practical.

Alison Flood of The Guardian wrote this piece about Moira’s revelations about her mother Marion Zimmer Bradley.
Damien Walter has another piece, “How far can culture heroes’ work stand apart from their lives?”

Font Monsters: Squee with Me

I know you know me now. I’m mad crazy for fonts. I’ve largely suffered this in silence.
I can be silent no more.
I know I’ve mentioned Design Cuts before and their current font bundle tickles me in a way no other font offering ever has.
I know I talk about them a lot, but honestly their offerings are a) full of more taste than anyone else’s, and b) a great value. Oh, and c) a lot of fun.
This particular bundle has 14 fonts. I already owned one of them, Eveleth, which I’ve talked about before on my graphics blog.

Only now there’s extras, too.
But of the 14, I actually squeed at one of the font variants of Monstros.
Because monsters.
Squee with me, people! 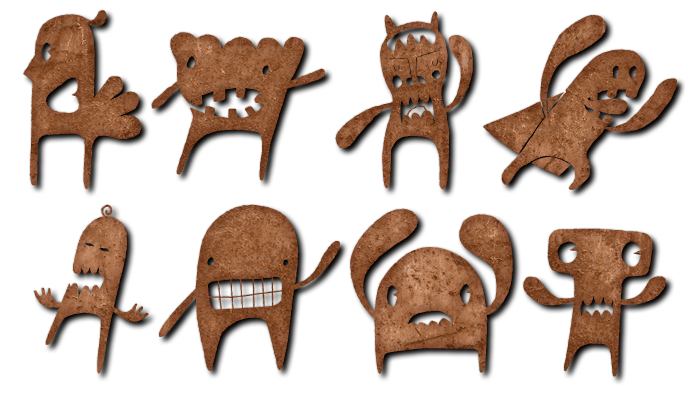 Aren’t they just adorable?
Because they’re fonts, you can use all the font tricks like rendering them with patterns and shadows and stuff.
As for the rest of the fonts included, half of them were on my wish list already. The other half I hadn’t found yet.

I’ll Tell You A Secret

Design Cuts runs one deal for two weeks. Sometimes, they rerun a prior deal too.
Here’s the one they’re rerunning now.
I just did a project with DIY recently, and also did part of the Do the Right Thing piece with it.
I love Brush Up.
I used Amorie for Tool of the Matriarchy.
I use Showcase Script for the headline font on desamo.graphics.
I used Thirsty Rough for part of this poster I designed.
It’s not like I do this all day, every day, but I still find these fonts (okay, typefaces) are amazingly useful and fun.

Some Thoughts on the Missing Stair Analogy

I’ve been thinking a lot about the missing stair analogy of late. For those who don’t know it, it’s the concept that people learn how to warn other group members of a specific member’s vile behavior. After a while, because “everyone knows,” they become like a missing stair everyone knows to step over. Except everyone’s not an insider.
Growing up in a household with abuse is like that missing stair, except it’s the missing doorknob to go outside, the missing section of the floor between you and the monsters, and the missing stair (which leads to different monsters). You learn pretty quickly what escalates vs. what does not and how best to cope—which doesn’t mean that it’s all good by any stretch of the imagination.
When you get out into life, having routed around the doorknob-floor-and-stair problem all your life, you really don’t know how to deal with the fact that the world is full of people whose houses have fully-functional stairs, doorknobs, and floors. It had never occurred to you that floors should be actual floors. And they think you’re pretty strange for that odd jump you do five stairs below the landing.
Some of the problems out there—that poor bastard is missing a whole roof—are even worse.
Sometimes your coping strategies will get you into more trouble, especially when you interact with people you think get you but are broken in differently horrible ways.
I remember not long after leaving Scientology, I was dealing with all of these missing-stair-like problems unraveling at once. As I described it one day, I felt like I’d teleported suddenly into a different emotional landscape where I was blindfolded, everything was in an unfamiliar place, and all the furniture was pointy.
That shift was permanent, and it took some time to get used to, but I remember the imagery that went along with trying to describe it.
Really, I stopped putting up with missing stairs.
Photo credit: Niklas Sjöblom

I was talking to Bri the other night, grumbling about why people don’t do the right thing when they should, and out of her mouth came these words. 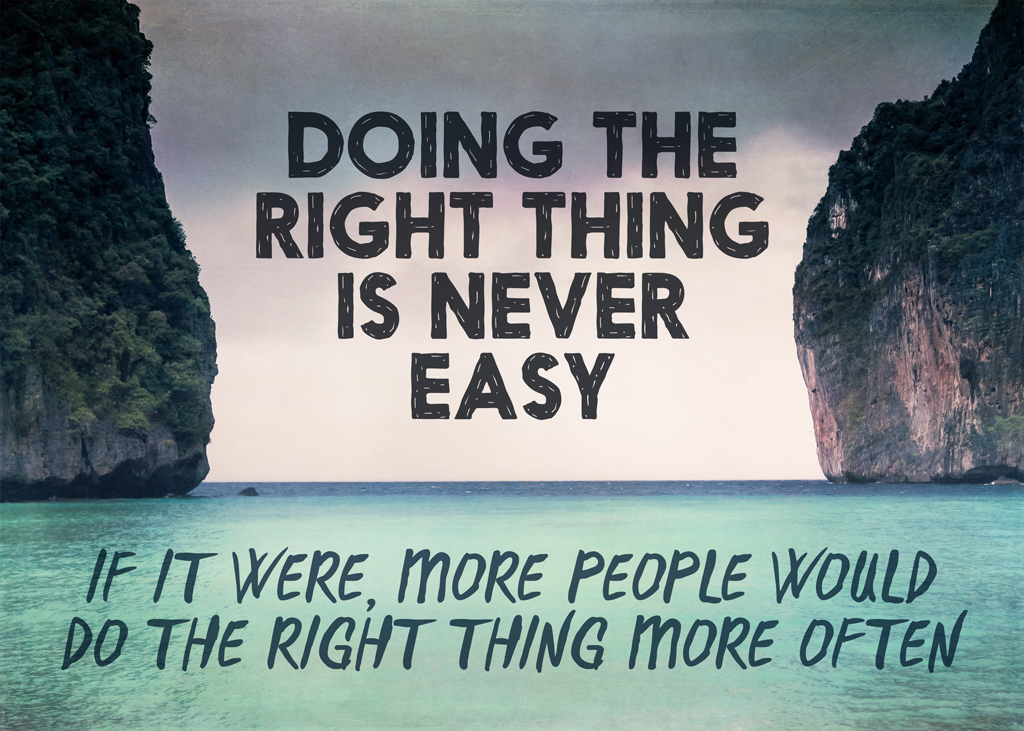 Note: trust Redbubble for truer colors, as these are mockups. 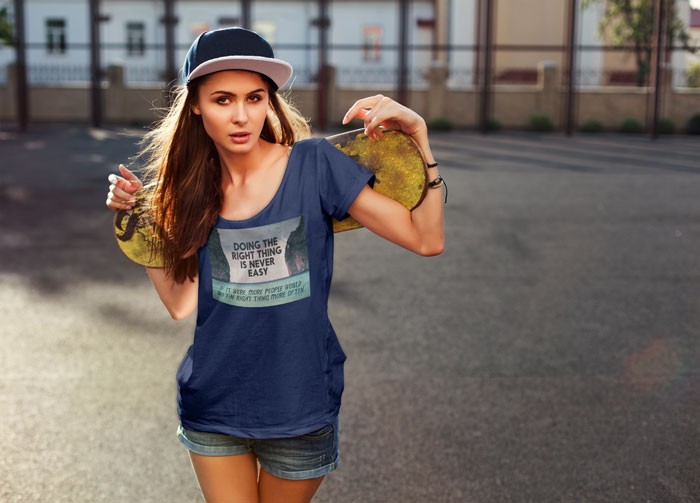 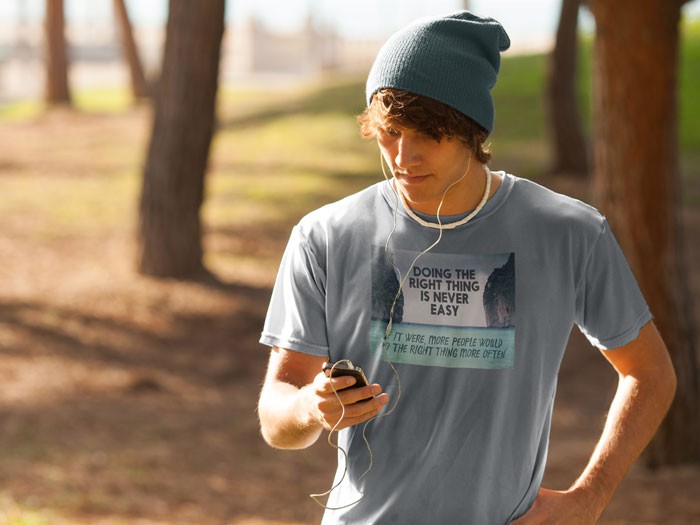 The original photo was all gloom at the top, but the 2 Lil Owls textures softened the gloomy part and gave more interest to the light grey sky.

I just picked up this shirt design from Mark Greyland. This looks best on a dark shirt because they’re underprinted with white, which isn’t true on the light shirts, so the colors are more saturated. I ordered an American Apparel shirt in turquoise, but other colors work really well too. Just remember that you and the space kitty will be wearing the same color shirt. Use code SUMMERSAVING for 15% off through tomorrow.
…which also applies to my designs on Zazzle.

Found some super-old digital photos from 2003 from a visit to the San Francisco zoo.
Not really worth keeping for that, but cute enough to bother sharing. If you’d like to use them for whatever, please go ahead (license: CC0). These images are the maximum size I have, though, so probably there’s no viable commercial use. 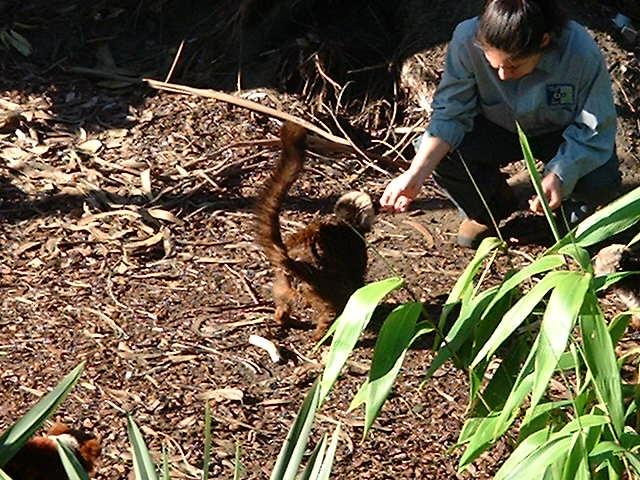 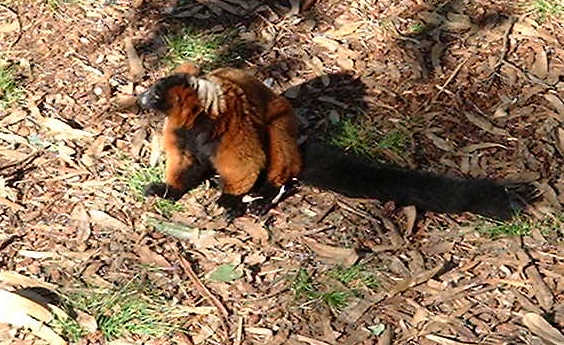 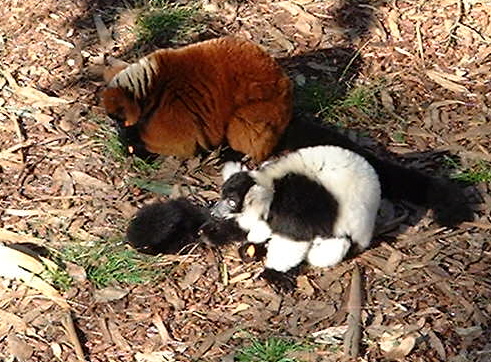 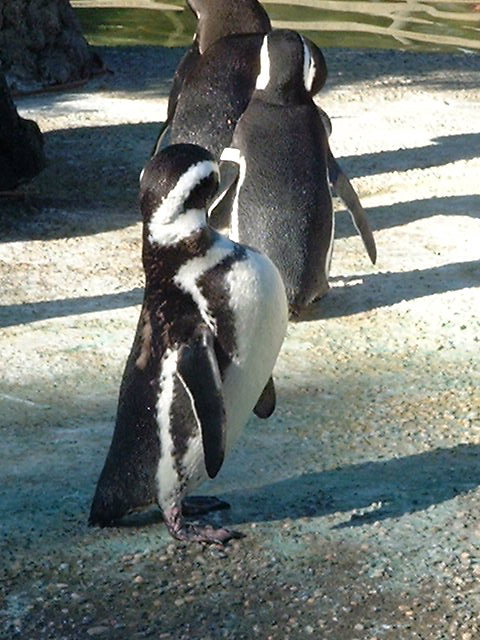 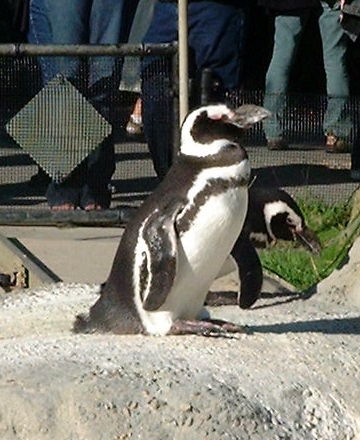 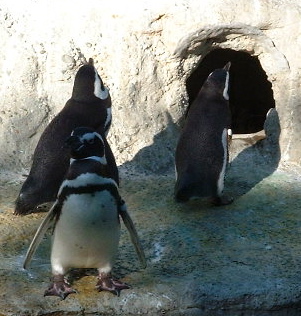 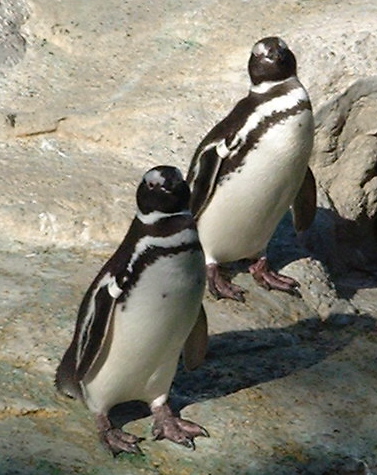 Great article by Ann Leckie on swearing.
If I ever got up on James Lipton’s stage and had to answer the Bernard Pivot questions, “What is your favorite word?” and “What is your favorite curse word?” would have the same answer.
As some regular readers may have no doubt figured out, fuck is my favorite word.
It’s not precisely because it’s a curse word, but rather its complex versatility.
Anyhow, I try not to overuse it, but it’s a struggle some days.

Origin of US Child Abuse Laws

My mother (Cheryl Morris, who’s commented on my blog before) used to be a social worker. Some of the stories she’s told me are horrifying.
Yesterday morning she pointed out that, in the US, child welfare laws came out of the movements to prevent cruelty to animals, something she was surprised by when she became a social worker. After our conversation, she sent me this link from an SPCA site.

In 1874 when the first case of child abuse was alleged, a horribly graphic case of a young girl beaten, it was the ASPCA that was called to advocate for the child. At the time, children were considered property and there were no laws against their abuse. However, there were animal-protection laws in place and the girl was successfully defended by using the animal protection law, since, her attorney argued, she was an animal. Subsequently, Societies for the Prevention of Cruelty to Children rapidly came into existence. The link between violence to children and violence to animals has been studied ever since.

So, there you go.